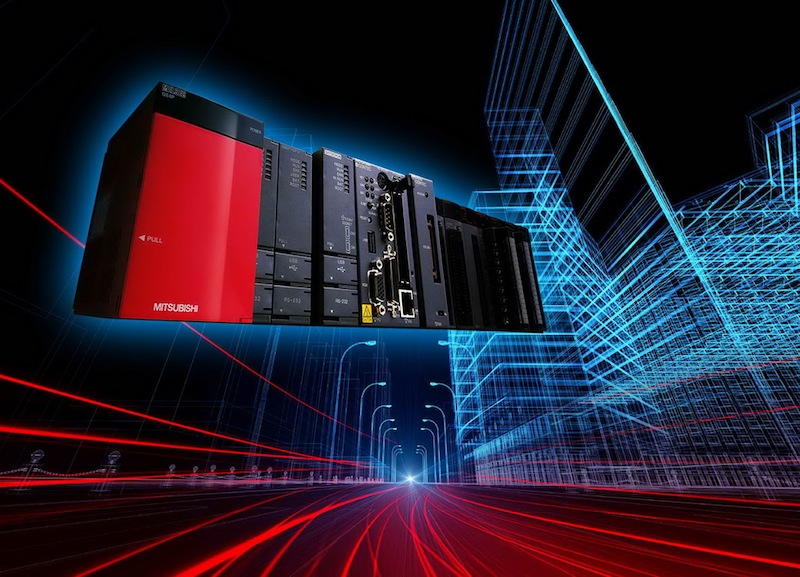 Being more productive means doing more with less, and this is where the latest control systems technologies can help automotive plants move to the next level of productivity. Examples of automation such as conveyors are at the heart of every vehicle plant, and yet their effectiveness is much diminished without optimised control systems. This can be verified by OCS IntelliTrak of Fairfield, Ohio. The company’s rotating-tube, friction-drive conveyors are used for the manufacturing and assembly of automotive parts that include front-end modules, door lines, instrument panels, seats, headliners and centre consoles.

One of its solutions, the IntelliTrak 500, uses a complete on-machine solution from Rockwell Automation, with all controls in the system mounted remotely. This in turn reduces the machine’s footprint and speeds up installation. The Rockwell solution has also allowed IntelliTrak to standardise its system design and make it easier to customise for end-user requirements. “Around 50 to 70% of our systems get modified within the first five years of implementation,” says Tom Robertson, vice-president of IntelliTrak. “It’s not because we failed to understand the needs upfront, but because requirements change over time.”

The IntelliTrak 500 conveyor system also uses programmable automation controllers (PAC) from Rockwell, namely Allen-Bradley CompactLogix and ControlLogix PACs, depending on the needs of the customer. In addition, an Allen-Bradley PanelView Plus human-machine interface (HMI) provides the interface between the machine and the operator monitoring the assembly process.

With regard to control systems, automotive manufacturers clearly need to be flexible to meet the increasing demand for rapid model changes, complex parts and minimised material requirements. One of the main bottlenecks thwarting this strategy is metal forming, which is precisely where the latest motion control technology can help to shorten changeover times, as well increasing productivity and cost efficiency.

The productivity of a metalforming press depends on its degree of automation. The more reliable the material and parts transport, the more cycles of press and tool can be exploited, the easier the tooling, and the quicker the changeover between production batches. This is especially true of press lines, multiple tools, and – if the production involves blanks – pre-cut sheets.

Italian company Norda is a specialist in press automation. Norda’s transfer systems, destackers and manipulator systems are used frequently by multinational automotive suppliers with tier two or tier three status. Its solutions are based on machine modules with open and consistent control and drive technology. Using proven, cost-effective modules, it is possible to create a press automation system that is tailored to the user’s needs.

“First we find out what the customer requires in order to guarantee that the company can achieve its productivity targets, as well as the required flexibility and availability, before we put together an appropriate proposal,” explains Davide Tozzo, head of development. “We place great emphasis on safety, as pressing is a dangerous process. That’s why the automation system needs to be extremely easy to use. After all, employees undertaking forming tasks often have only the minimum necessary qualifications, and they work a lot of night shifts.”“M2M communications hold the key to a new paradigm of industrial automation and production” – Jeremy Shinton, Mitsubishi ElectricSince 2005, the company has relied on Simotion from Siemens for the motion control of transfer systems, feeders, destackers and other automation components. Simotion is now also enabling the move from typical ten-axis transfer systems to higher multiples – Norda has put 12-axis and even 14-axis transfer systems into operation.

One of the reasons for the increasing number of axes is that it is now much easier to use motors and electronic axes for motion control than it is to build complex mechanics. But even more importantly, electronically balanced axes make it possible to adapt the transfer movements to the current job. In addition, more axes increase flexibility.

“We purchase all our control and drive technology from Siemens,” says Tozzo. “This is largely due to the demand for simple and sound systems. With a full Siemens package we can offer our customers solutions that are both fully integrated and technologically consistent.”

As an open automation system, Simotion allows for the integration of Norda’s in-house operator interface and the incorporation of the press automation system into the user’s line control and IT environment. Moreover, the programs used by Norda transfer systems, manipulators and destackers are designed in such a way that they can communicate with Siemens’ Simopress press control system.

Smart communications
Effective and transparent communication between controllers, machines and equipment is of course a huge industry topic at present, giving rise to the increasingly popular term 'M2M' (machine-to-machine) communications'. This is linked intrinsically to Industry 4.0, the so-called 'fourth industrial revolution'.

“M2M communications hold the key to a new paradigm of industrial automation and production,” says Jeremy Shinton, product manager – business solutions and software for Mitsubishi Electric. “The premise is that individual devices will capture an event and relay that data through a network [wired, wireless or hybrid] to an application [software program] that translates the captured data into meaningful information. It’s a game changer in industrial applications, with bandwidth increasing in line with connection times and solutions becoming ever more affordable.”

Mitsubishi Electric believes it is at the forefront of this revolution with its M2M platform, a solution built on MAPS SCADA software and Mitsubishi FX/L/Q series PLCs for both control and data acquisition. The communication intelligence lies in the standard PLC function blocks matched to an M2M driver in the MAPS SCADA.

“As we drive towards Industry 4.0 with smart factories and products that effectively produce themselves, it is M2M that will provide the facilitator, with new device-to-device communication architectures replacing the master/slave network technologies that are currently the mainstay of automation networks,” says Shinton. “With newly intelligent machines and advanced software analytics, the factories and plants of the future will be able to optimise themselves to increase business performance and drive down costs.” 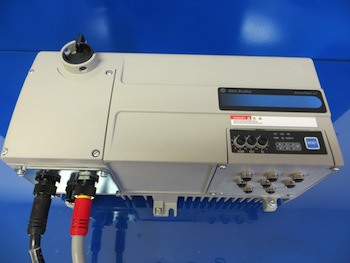 Clearly, the increase in M2M communication will force automotive manufacturing facilities to evolve, a move that will be facilitated by technology suppliers such as Mitsubishi. Recently, in keeping with pushing automation technology at the pace and level required by the big automotive powerhouses, Mitsubishi Electric’s latest focus has been on two increasingly important areas: green production and transparent automation.

Green production brings together a total energy and production perspective so that costs can be attributed down to the actual price per component. As for transparent production, Mitsubishi says that tracking and traceability can be taken to the next level as its technology allows production data to be written directly to MES and ERP systems from PLCs controlling line-side operations.

Although the modern connected auto plant is coming into view, certain challenges remain. The future will likely see suppliers of PLCs, sensors and other automation components working to standardise communication protocols, as well as to create easily programmable software with inter-platform compatibility.
Automation controllers enhanced

Selecting the right controller can make production faster, more efficient and – importantly – safer. With this in mind, Siemens has recently developed a new range of automation controllers. The main focus is on the enriched offering for Siemens’ proprietary ‘Safety Integrated’ concept with failsafe CPUs, now not only for advanced Simatic S7-1500 controllers, but also (for the first time) for basic Simatic S7-1200 controllers, as well as ET 200SP distributed controllers. 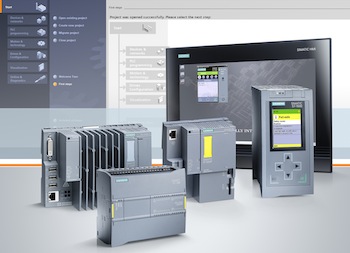 Another first is that Siemens has included PC-based automation in its offering for the current generation of Simatic controllers. The CPU 1507S software controller for PC-based automation with Simatic industrial PCs is based on the Simatic S7-1500 and operates independently of Windows, thus offering a high level of system availability.

This is advantageous for fast controller ramp-up, for example, and makes it possible to carry out Windows updates and rebooting while the control system is running. The combination of PC-based controller and programming in high level languages is particularly suitable for special-purpose systems, says Siemens.