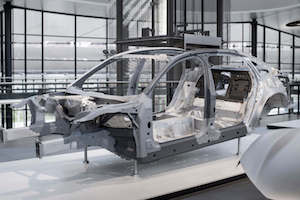 Hungary - The company has announced that it is increasing carbon fibre production by 50% at its facility in Nyergesújfalu. As a result, the plant will have an annual capacity of 15,000 tons.

The expansion will cost around US$130m, and will generate 350 additional jobs. According to Yoshihiro Takeuchi, CEO, COO and president of Zoltek, it will better position the supplier to take advantage of growing demand for carbon fibre across several industries, including automotive. "We continue to see an increase in demand for wind turbine blades, as well as automotive structural applications," he observed. "By expanding our production, we are preparing capacity for expected demand from the wind energy and automotive industries."

Zoltek makes its PX35 carbon fibre at the plant - a low-cost grade that is made from a textile-based precursor using a high-throughput manufacturing process. It is already used in several production vehicles, such as the Cadillac ATS/CTS and Audi A8. The latter includes a frame with a multi-material design, with carbon fibre being used alongside aluminium and magnesium.

A recent report from market research company Technavio suggests that the use of carbon fibre in the global automotive composites market could rise by a CAGR of 10% between 2017 and 2021. "Carbon fibre panels are used to provide high strength and durability to the automobile parts," commented Kurva Samba Sivudu, a lead analyst at Technavio for automotive electronics research.

"Carbon fibre is used extensively in the automotive composites market and is expected to dominate the market due to its aesthetic appeal, comfort, strength, and lustrous appearance," he added. "The requirement for lightweight interior components in automobiles will lead to the increased use of carbon fibre composites to build the interior parts of automobiles."