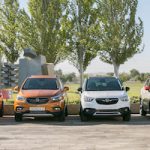 Spain – Opel has announced that the next generation of Corsa model will be produced exclusively at the Zaragoza plant from 2019. The OEM also confirmed that, by 2020, the electric variant of sub-compact car will be produced at the Spanish factory.

The move will make Zaragoza the first Groupe PSA plant to produce a fully electric Opel/Vauxhall model in Europe.

“This is an important step forward for the Zaragoza plant and marks the beginning of a new era,” said Opel CEO Michael Lohscheller.

The Corsa will be one of four EVs in the Opel/Vauxhall range and, in accordance with PSA’s strategic plan PACE!, electrified versions of all Opel/Vauxhall passenger cars for will be rolling off lines by 2024.

The Zaragoza plant began making the Opel Corsa in 1982. Since that time, the plant has produced almost 13 million cars, including more than 10 million Corsa vehicles.

The plant is currently manufacturing the Opel Mokka X, the Opel Crossland X and the Citroen C3 Aircross.