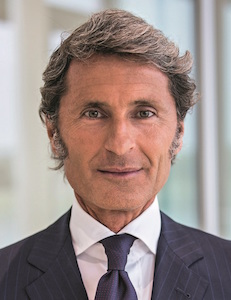 France – Replacing Wolfgang Dürheimer, who is retiring after five years as president, Stephan Winkelmann will take over on January 1. Winkelmann has served the Volkswagen Group as managing director of Audi since 2016.

Before taking the role at Audi, Winkelmann was president and CEO of Lamborghini for 11 years. He joined the VW Group in 2005 after working for Fiat in a number of different positions.

Dürheimer started his career with BMW in 1986 then moved to Porsche in 1999, where he was appointed member of the executive board for R&D. A decade later, he became president of Bugatti as well as chairman and CEO of Bentley and chief representative of the VW Group with responsibility for motorsports. In 2012, he was appointed member of the board of management for Audi’s technical development. After two years, he returned to his former positions at Bugatti and Bentley.

Matthias Müller, chairman of the board of management of the VW Group, welcomed Winkelmann in his new role and thanked Dürheimer for this contribution to the business over 18 years, saying: “At Bugatti he successfully completed the era of the Veyron and, with the development of the Chiron, he has opened an exciting new chapter for the brand.”