The final death throes of diesel? 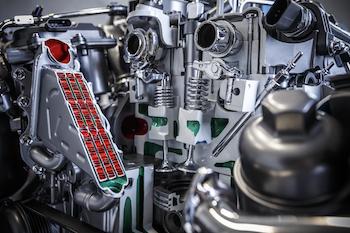 Not so long ago, European consumers were encouraged, with government approval and lower fuel duty, to switch to diesel for their lower CO2 emissions compared to petrol engines. Vehicle companies needed diesel to reach key thresholds in their fuel mix to meet corporate emissions targets which could not be met with petrol engines alone.

Indeed, this stipulation still applies and diesel is required to meet the current 130g/km of CO2 standard for current vehicle fleets. Back in 2011, diesels accounted for 55% of the European market; in 2018, its share is expected to fall to 40-42%; and over the next decade it will likely head below 30% and towards 20%. In practice, diesel’s rate of decline will depend on the speed of take-up of full electric or electrified powertrains, assuming these are available at prices which consumers are willing and able to pay.

While the car companies work out how to meet future emissions targets, notably the upcoming target of 95g/km of CO2, political pressure on the industry to drop diesel is intensifying. VW’s “diesel-gate” scandal hasn’t helped, and while Dieter Zetsche of Daimler might say “diesel is worth fighting for”, such comments need to be seen in the light of investment made in diesel production. Daimler, for example, has recently launched its OM654/656 diesels, spending around €3bn in the process.

By contrast, high volume car companies, such as Ford and Renault, especially at the lower end of their price range, where diesel engines cost proportionately more than a petrol unit, are moving to 3-cylinder petrol engines, incorporating new technologies such as selective catalyst reduction. In practice, until full EVs become widely available and affordable, the smallest vehicles will be powered by low-emissions, small petrol engines, mid-size cars will likely be mainly hybrid-powered, with diesel limited to larger cars and large vans.

In the UK the situation has been complicated by recent changes to government tax policy which – according to the SMMT – discourages buyers from replacing their old, high-pollution vehicles with new, much lower emissions diesel-powered vehicles. This has led to diesel’s share of the UK market falling to 36% in January, down around 12% from a year earlier. Whether the industry wants it or not, consumers are voting with their feet, and in many cases not opening their wallets at all, eschewing new vehicles entirely, meaning that older vehicles will remain on the road for longer, increasing total emissions.

The VW scandal especially has led to diesel cars losing a significant proportion of the residual value, so trading in an old diesel becomes difficult for many people. Some car companies have seen the way in the industry is going and no longer offer diesels on many new models; Toyota has done this in Europe, with most new models powered by either petrol or petrol-hybrid powertrains, diesel having been dropped. Other companies will doubtless follow.

The diesel emission scandal and governments’ taxation policies have resulted in what seems like an unstoppable move away from the fuel which was seen an environmental saviour not so long ago. Without diesel, to keep CO2 emissions within acceptable bands, and indeed for them to come down at all, a significant increase in electric vehicles or plug-in hybrids is required. However, the speed at which these vehicles become available may be too slow to prevent CO2 emissions rising in the interim – part of the solution, namely new, low-emission diesels, are now seen as part of the problem, not the solution: there is no easy way out of this dilemma for the industry.