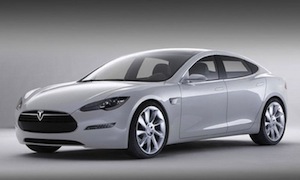 China – According to the company’s CEO, Elon Musk, growth in sales in the region could match US demand potentially as soon as 2015, and therefore justify local manufacture.

Musk intends to inaugurate Tesla’s presence in China at the end of March. In the US, assembly preparations for the Model S got off to an uncertain start back in 2012, before the company surprised investors and analysts at the start of 2014 by announcing fourth quarter deliveries 20% above target.

Introducing local facilities in China designed specifically for the Model S will be an interesting lesson for other OEMs and logistics providers, as they witness how popular the electric vehicles prove in a growing economy concerned with dangerous pollution levels.

“It could be as big as the U.S. market, maybe bigger. I don't want to get overexcited about it,” Musk told Bloomberg. “Even without building there locally, it's always going to be the second-biggest market after the US.”

It is reported that Tesla is also aiming for expansion into European and Japanese markets.