Power to the people

AI deployed in supporting manual assembly operations can be a powerful tool according to Dr Prasad Akella, who developed cobots at GM and is now at robotics specialist Drishti 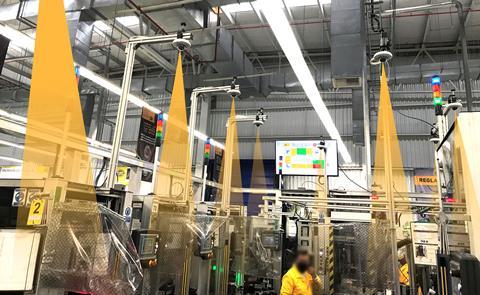 AI would seem to be the key to unlocking the potential in the huge volumes of machine data now being gathered by OEM and tier supplier production operations. It can also be equally useful with improving manually performed assembly operations. Silicon Valley, California, based Drishti was established by Dr Prasad Akella in 2016, and the company has developed a sophisticated vision system powered by AI that can be deployed in manual assembly operations to gather and process data to support the line workers and improve the efficiency of the operations being performed. A veteran of automotive related automation, Prasad led the team at General Motors that developed the world’s first collaborative robots in the 1990s. That experience led him to focus on improving the human side of assembly operations.

Supporting manual operations
Dr Akella explained the perspective he had gained on assembly line work from his time with GM, “There’re a number of things working on automation projects at GM taught me. Number one, that people on the line want to do the best job they possibly can. There’s this notion that humans are lazy but I found no evidence of that, just people that are proud of the quality of their work. 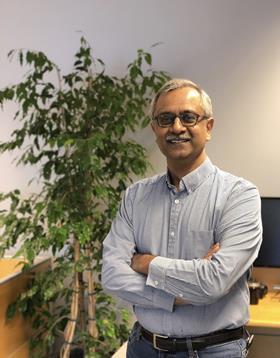 “The second lesson is, these jobs, while they look easy, are incredibly hard. They’re hard to do and they’re hard on the body, and I think it’s almost a requirement on people like us, who are building technologies, to make people’s lives easier, and keep them in good physical health.

“The third lesson is that putting robot lines down is incredibly hard and they’re not the most flexible systems for assembly. It is humans who are supremely flexible. You can give me an instruction and I’ll go from building an electric car into building an electric skillet in next to no time. Try to do that with a robotic line and you’ve got to reprogram all of this, and there just aren’t enough robots, there aren’t enough people who know how to do that”.

“There’re a number of things working on automation projects at GM taught me. Number one, that people on the line want to do the best job they possibly can” – Dr Prasad Akella, Drishti

The missing data
One thing Dr Akella believes is there has not been enough thought or focus on gaining data on manual assembly. “Thinking about the progression we have gone through, from craft manufacturing to Henry Ford and Lean, to Toyota Production System, what we have missed in all of this is data. And if you can produce data at scale, your decision-making process is fundamentally different. If you can put that data in front of the person, the line associate or the line supervisor, even as they are doing their job on the production line, suddenly things are different.

“And this is a fundamental question in manufacturing. You’ve got 350m people [working in production operations] how do you train them? How do you give them feedback as they are doing their job? Literally in the moment. So that’s really my thinking around AI powered production.

“We’re saying, with the bulk of production by people on the plant floor, what Industrial IOT has built so far is not sufficient. They’re only looking at machines. What we have focussed on is manual assembly lines and when you do that, now you have a broader perspective, you have a dataset to work from. And you can go after quality issues, tooling, training, you can go after all kinds of things on the floor because you’ve got the dataset”.

Creating a real-time view of the line

Drishti installs a camera that streams live video on each station on the line, recording assembly operations as they happen – image visualisation courtesy of Hella

To get this dataset, Drishti installs a camera that streams live video on each station on the line, recording assembly operations as they happen. The company’s AI will map the progress of assembly against given targets (cycle time, through put, etc.) overlaying a digital, statistical view of the assembly process against the video feed. “The biggest single first step forward is to move data to the person, not the person to the data. We’re looking at entire production lines, because we believe that when you look at the entire system is when you get the biggest bang for your buck,” says Dr Akella.

“The first level of AI is seeing how long did that cycle take, how long did it take for that person in that station to finish the job, because you know if there’s variation in cycle times, that means you don’t have control over your process. So, the first diagnostic you want is ‘am I hitting cycle time or not’. If you have a robot running, of course you’ll always hit cycle time. But when you have people doing the job, they’re not robots and you’ve got to give them the flexibility or just some freedom to do things in different ways.

“The biggest single first step forward is to move data to the person, not the person to the data” – Dr Prasad Akella, Drishti

“But when you have an engineering change order go through or you have material flow problems, there’s nothing a human being can do. You’re just stuck at that point. And therefore, identifying the long cycle as an example, is a diagnostic to solving problems for you.

“Being able to see the start and stop of the cycle, you’re looking at identifying critical actions being taken on the floor. If I am the line supervisor, I would like to know whether I am making cycle time or the reason why it didn’t do that. The AI system picks it up and is able to sift through all of this and directs the engineer to what the issues are. And it enables fast decision making and improvement processes, which is at the very core of any manufacturing system”. 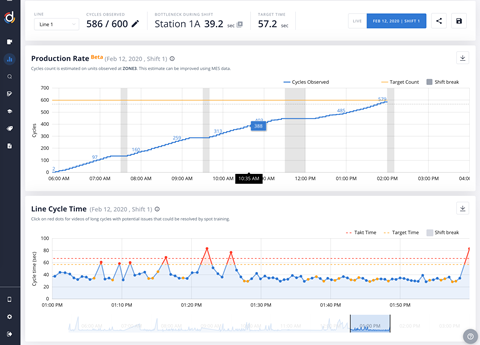 Which direction for automation?
Looking at the development and expansion of automated processes in automotive production, Dr Akella noted that the shift from ICE to electric powered vehicles was creating a lot of uncertainty in regards to this, and particularly what to prioritise and invest in. “If I was running these companies, my question would be, ‘what kind of investments do I make that give me flexibility going forward in the face of uncertainty?’ So, the answer, I think, is going to be automation inexorably moving forward on the high-volume lines, but it’s on the new lines that I don’t quite know what to invest in, but I want flexibility and I want to run small lot sizes, where you actually want to keep your human beings. You don’t want to put big investment into tooling prematurely.

What next for AI?
We’re seeing AI becoming the great enabler in manufacturing for both man and machine, but what will the next developments be and how can it be further utilised? Dr Akella saw two key areas for further development: scaling up of deployment across multiple-sites within production networks, and the merging of the sensor and data streams. “This really means not just in creating the AI, but actually deploying and running the AI at a larger scale level – every station on every line in every plant around the world. To me that is the central most important problem sitting in front of us.

“Also, there is so much variability on the plant floor, no two plant floors look the same, even though they might be building the same car. So, there are different technologies being deployed to different sensor steams – audio streams, visual streams, vibration streams, thermal streams, infra-red streams, etc. So, I think there’s a huge opportunity to start merging these, trying to get these different AI systems to work together going forward”.

“Something I realised was, even though the press likes you to believe that robots have taken over, that’s the furthest from the truth. There are around 350m people around the world working on production lines, the sum total of robots on the planet is something like 2m. And we’re putting out something like 300,000 robots a year, maybe half a million in the not too distant future. And even if you have 5.6 people being replaced by every robot, you are decades, if not a hundred years away from automation taking over.

“So, I believe automation is here to stay, it’s here, it’s going to happen, because it has to happen. But I believe that the role of human beings is completely misunderstood, and by making us more capable, empowering humans on the line, we will be better off as a society”.