The majority of OEMs will return to some level of production this month as pandemic-enforced lockdowns are eased, but there is concern about whether their schedules match customer demand and how this is being communicated to tier suppliers 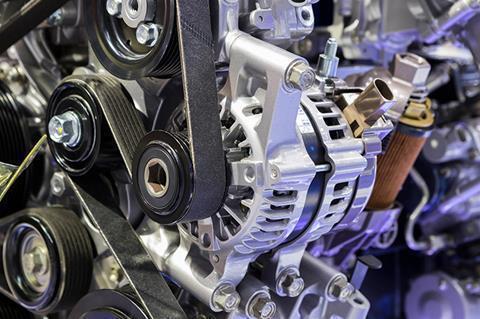 The majority of OEMs will return to some level of production this month as pandemic-enforced lockdowns are eased, but there is concern about whether their schedules match customer demand and how this is being communicated to tier suppliers.

Korean manufacturer Kia has recently been forced to halt production since restarting because of lower global demand and there are also several delays forecast for vehicle launches. Highlighting the point, unreliable production schedules were seen as the biggest challenge in a poll conducted during last week’s Ultima Media Livestream event – Tier suppliers on the road to recovery. Of the audience members canvassed, 34% echoed the industry’s now common complaint that electronic data interchange (EDI) call-off notifications do not reflect the reality of what OEMs will be able to produce.

“The situation is changing so rapidly and OEMs need to take time to adjust the call-offs,” he advised.  “It takes time on our side, we are analysing the call-offs, we’re [using] cargo planes and in some cases have to manually send our releases to the suppliers in case of inconsistency… so in the end it creates some kind of a bullwhip effect. Basically, the quality and the timing of the call-offs are getting worse from the OEMs to tier suppliers.”

To mitigate this, Serov said Benteler is staying in close contact with customers, checking the call offs on a daily basis, adjusting them and eliminating errors. It is also asking its tier two level suppliers and providers to follow the procedure. “We have to all stay flexible in this situation,” he said.

Realigning the ramp-up
Serov suggested the current level of call-offs were “quite positive” about a recovery of the market in North America happening at some point in June, but admitted that brought with it challenges.

“Having long supply chains and optimistic demand in the call-offs can create some difficulty in the future and the level of inventory, which is currently quite high, could be even higher.”

Toyota North America is planning to begin limited production this week in all of its facilities, after suspending operations on March 23, but according to Livestream panellist Jeff Estes, general manager of parts supply and the carmaker, “it is a very fluid situation within each supplier location”.

Estes said that Toyota intended to begin limited production at each of its North American facilities this week using stock in the pipeline but he was careful to qualify this by saying it would not mean picking up any new parts per se except maybe for sequenced parts or from on-site or near-site suppliers.

As Toyota gets back to business, Estes said it would be making small adjustments to its EDIs with its suppliers was considering adjusting logistics patterns to mirror its production intentions.

“We know the most intelligent thing to do is to start really slow and very methodically because we all know that any one of a number of risks could stop our intention in our production plans,” he said.

“We’re not going to produce a lot of volume next week [May 11] but we want to focus on getting our members back and understand the safety protocol and how they can interact. Our intent is that on May 18 we start our pick-up from our suppliers again.

“We’ve been very much engaged with our supply base [.]…When we come back up we’ll be making those vehicles that we had intended to produce in March.”

REGISTER NOW to join the conversation in the Automotive Livestream Hour, our weekly show featuring insight, special guests and the latest developments in automotive supply chain and manufacturing.