Wider application of UHSS and AHSS is making vehicle structures much lighter, and the next generation of steel grades promise even greater weight reduction – perhaps challenging the rise of aluminium 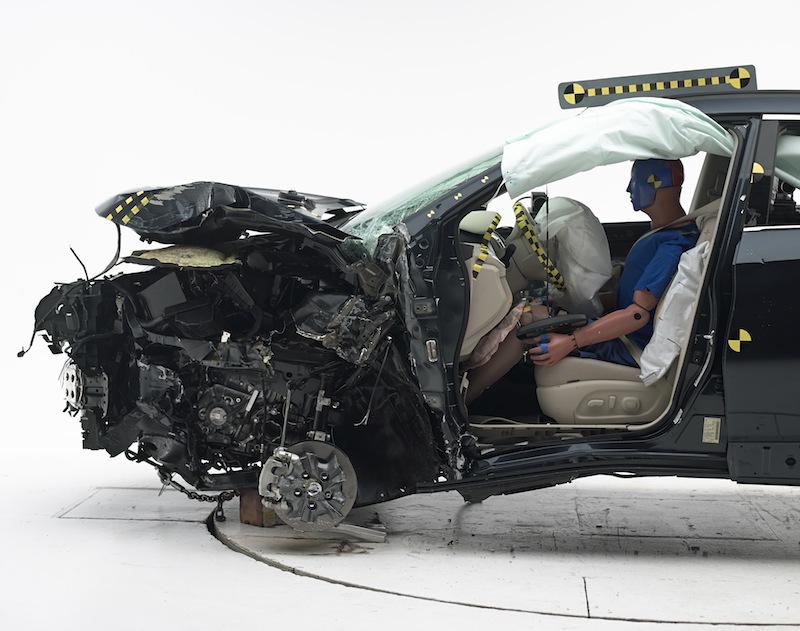 As far as lightweight materials are concerned, ultra-high and advanced high-strength steels (UHSS and AHSS) are quite good value for money. According to market research company Lucintel, an AHSS chassis can be 15% lighter on average than a conventional steel alternative, while costing only 35% more to produce; aluminium might cost twice as much while CFRP could be eight times as expensive.

With the launch of its seventh-generation Golf in late 2012, Volkswagen proved what could be done with UHSS and AHSS. Based on its MQB platform, also used for the Audi A3 and Seat’s León, the vehicle weighs up to 100kg less that the Mk.6 model. As a result, VW reduced the Golf’s fuel consumption and CO2 emissions by around 23%.

VW explained that the use of hot-formed UHSS – ArcelorMittal’s Usibor 1500 – for the production of safety-critical components enabled it to slash the weight of the vehicle’s body-in-white (BIW) by 12kg. Indeed, the use of hot-formed UHSS parts increased from 6% of the materials employed in the Golf Mk.6 to 28% in the Mk.7. Armin Plath, head of materials research and manufacturing at VW, told Reuters: “VW is using high-strength steels in increasing amounts. It is a very cost-effective way of reducing weight. Using new innovations in steel engineering, it is possible to reduce weight without the use for more costly materials such as aluminium and CFRP.”

“AHSS and UHSS account for more than 25% of the steel used in vehicles, so there are a lot of applications”, says ArcelorMittal’s head of global automotive research and development, Jean-Luc Thirion. “These materials are used in parts that are dedicated to absorbing energy, such as the front side and rear members, and protecting the cockpit of the vehicle in event of a crash.” AHSS grades that are highly deformable are employed to absorb crash energy, while high strength is required to protect passengers, for which UHSS is specified.

Hot-stamped continuous door ring
The strength and lightweighting potential of UHSS is well illustrated by the Honda 2014 Acura MDX SUV, which features the first hot-stamped, continuous door ring in the global automotive industry. Designed by Honda and stamped from Usibor 1500 by Cosma, the door ring is almost 4kg lighter than the version employed on the previous model. In addition to reducing the weight of the vehicle, the door ring contributed to the Acura MDX’s achievement of a ‘good’ rating in the small overlap test of the US Insurance Institute for Highway Safety (IIHS).

The door ring for the Acura MDX starts life at the largest integrated steelmaking operation in North America, ArcelorMittal Indiana Harbor in East Chicago, Indiana, with the production of the aluminium-silicon (AlSi)-coated Usibor 1500. The UHSS is then shipped to ArcelorMittal Tailored Blanks in Pioneer, Ohio, where it is laser-welded to form a tailored blank. The door ring on the 2013 Acura MDX was made from four components spot-welded together. The use of laser-welded blanks for the 2014 model eliminates the need for these joints, improving load transfer in the components and increasing their strength.

“With our laser-welded blanks, we are able to join together two materials of different thicknesses and different grades in order to put the material exactly where it is needed in the structure,” explains Thirion. Once the finished blanks have passed a quality-control inspection, they are shipped to Magna’s Cosma International operating unit in Eagle Bend, Tennessee, where they are hot-stamped into the finished component. These door rings then head to Honda’s production facility in Lincoln, Alabama, to be fitted on the Acura MDX.

“Thanks to this solution, we managed to reduce the weight of this part of the vehicle by 20% with a very limited overcost, because we optimised the thickness of the material,” concludes Thirion.

Next-generation grades
One of the key challenges faced by OEMs and their suppliers in incorporating UHSS into their vehicles is that of formability. Hot stamping is one solution to this problem, but it is more expensive than cold forming processes.

Nissan has employed highly formable dual-phase (980MPa) and complex-phase (1180MPa) grades of UHSS to reduce the weight of the 2015 Murano BIW by 6% compared with the preceding model. The complex-phase grade, which is compatible with cold forming processes, has been developed by Nissan in cooperation with Nippon Steel & Sumitomo Metal Corporation and Kobe Steel, and was first employed on the Infiniti Q50. Despite featuring components with thinner gauges, the Murano still passes all IIHS safety tests.

Highly formable third-generation grades are currently under development that could increase the use of UHSS in BIW applications further, and their potential for reducing the weight of vehicles is significant.

Automotive product design firm Edag has compared a BIW made from one of these third-generation grades, called NanoSteel and developed by the company of the same name with investment from GM Ventures (a General Motors subsidiary), with a baseline 2011 Honda Accord and the National Highway Traffic Safety Administration (NHTSA)’s Light Weight Vehicle (LWV), a lightweight redesign of the Accord that meets North American performance and safety standards.

The NanoSteel version of the Accord employed the same architecture as the LWV, replacing the steel grades selected there with the three grades of sheet being commercialised by NanoSteel. The gauges of the steel were optimised to ensure that the vehicle would meet noise, vibration and harshness (NVH) requirements, and that the vehicle met crashworthiness targets. The three grades of NanoSteel sheet employed in the vehicle offer progressively higher strength and lower elongation than the AHSS grades employed in the LWV.

“AHSS and UHSS account for more than 25% of the steel used in vehicles"
– Jean-Luc Thirion, ArcelorMittal

UHSS & AHSS: Additional applications
While the use of UHSS and AHSS is currently restricted to the production of BIWs, there is considerable scope for their use in hang-on components such as doors and boot lids. Using these materials, ArcelorMittal has shown that it is possible to reduce the weight of a baseline C-segment door from 18.3kg to just 13.3kg, while meeting standard structural and safety requirements. The company has developed short- and medium-term methods for the production of these parts. 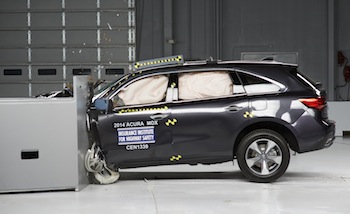 The short-term methods use UHSS grades such as MS 1500 and Usibor 1500 for structural parts of the door, and dual-phase steels such as FF280DP, at a thickness of 0.6mm, for the outer panel. Local reinforcements (patches) are added to improve the stiffness of this panel where needed. This concept also includes a thin-gauge inner panel produced from a laser-welded blank. The medium-term solutions are lighter still, while maintaining the same levels of performance. Local properties are optimised through the use of laser-welded blanks that can be tailored to match the doors to the needs of a given OEM.

The requirements of a C-segment door include the management of both frontal and lateral crash-load cases. ArcelorMittal’s medium-term solution could reduce the weight of these doors by up to 34%, resulting in a total weight of about 12kg. This involves the use of grades that are currently under development, such as Usibor 2000 for some non-visible parts, and other AHSS grades for the outer panel in order to reduce its thickness to 0.5 mm. The new high-strength steels and technology will come to market in the next few years, and these concepts could be in production by 2017.