A current programme run by the International Automotive Task Force is looking to revise the technical specification IATF16949, the published standard informing quality management across the automotive industry worldwide 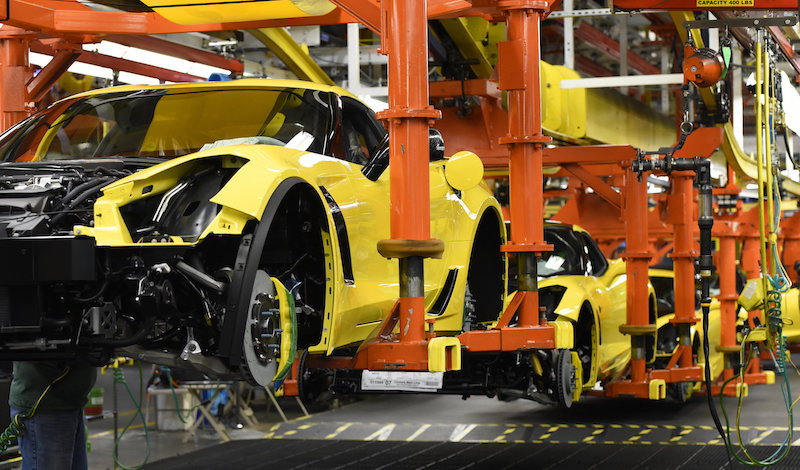 The concept of quality management is now a well-established aspect of all forms of business. It essentially denotes implementing a system of proven processes and procedures embodied in a written manual which are aimed at producing both consistency across a company’s operations and necessary regulatory compliance that will ultimately ensure reliable product performance. Its best known manifestation is the ISO 9001 standard published by the International Standards Organisation.

But that standard though ubiquitous is also generic and is deliberately intended to be suitable for businesses of all sorts. As such that has never been enough for the automotive industry in which a complex mix of interacting and highly demanding factors are constantly at play – not least the needs to manage lengthy supply chains, to operate sophisticated production lines with minimal downtime, to comply with increasingly stringent environmental legislation and, of course, to satisfy customer demand for products that are as safe as as they are distinctive. In consequence the automotive industry – or to be more precise the major OEMs which not only define standards for themselves but impose demands for compliance on their supply chains – has tended either to create its own bespoke quality management systems or hybrids in which ISO9001 has been supplemented by more specifically automotive industry requirements.

The latter approach is the one that has been taken by the International Automotive Task Force (IATF), an organisation set up in the mid-1990s that now comprises nine major OEM companies respectively BMW, VW, Daimler, GM, FCA, FCA Italy, Ford, PSA and Renault. Its purpose right from the start was to create as far as possible a single global approach to quality management which it aimed to achieve by combining compliance with ISO9001 with a further specifically automotive-related technical specification ISO/TS16949 – a situation that was in effect from round about 2002.

But now a decade and a half later the IATF is over a year into a programme to introduce a revised version of that specification called IATF16949:2016 that aims to advance even further the objective of an integrated, unitary, consistent approach to quality management across the automotive industry worldwide. In combination with the official ISO standard it aims to cover an organisation’s quality management processes in other words the business processes an organisation requires to transform a customer need into a product that meets that customer’s requirements. In order to do so it addresses issues such as context, leadership, planning, support and operation – meaning design, development, manufacture – by means of a plan, do, check cycle.

The whole initiative is being coordinated from five locations across the globe. These include Birmingham in the UK – the traditional heartland of that country’s car making industry, where operations are carried out by the Society of Motor Manufacturers and Traders (SMMT), and then also the US, Germany, France and Italy in which, respectively, administration is the responsibility of IAOB in Michigan, VDA-QMC in Berlin, IATF France in Suresnes Cedex and ANFIA in Turin. Though the original TS16949 specification underwent a revision in 2009 the indications are that new version is a much more substantial but still evolutionary updating of the basic concept.

A number of factors make this the case. The initial impetus for the new version of TS16949 was that ISO9001 underwent a major revision of its own in 2015, which according ISO aimed to fulfil a number of objectives. These included:

*providing it with the same ‘high-level structure’ as other ISO management standards, an attribute that makes it easier for companies to use multiple management systems e.g for environmental issues or health and safety.*an increased prominence for ‘risk-based thinking’.*greater emphasis on leadership engagement.*the use of simplified language.*more effective addressing of supply chain issues.

As such the IATF’s own document needed to change accordingly in order that the two could still be made to work together in a complementary fashion. But this also gave the IATF the opportunity to redraw TS916949 in ways that increased its automotive industry character.

The first of these is that the new version has sought as far as possible to integrate into the document ‘customer specific’ requirements that have previously been defined by OEMs for themselves or directly to their own suppliers but which are in fact common across the industry. The point is to maximise the extent to which the new document will recognise the extent to which certain practices and procedures have become pervasive across the industry without closing off the potential for customisation to the requirements of particular supply chains. One area where the reality of increasingly common procedures has been recognised involves ‘process changes’.

Another that reflects very specifically the way that vehicles themselves are developing concerns embedded software - the specification now provides for quality assurance of the software development process. Meanwhile other enhancements include the areas of product safety as well as warranty and field returns. At a deeper level, though, the whole initiative implicitly recognises that in an industry increasingly characterised by global operations there needs to be a set of globally recognised procedural requirements in order to provide the necessary confidence in the dispersed supply chains that will entail.

Right now, though, the clock is ticking towards a cut-off point when all organisations that will need to operate in compliance with the new specification will have to have achieved certification. The crucial date is 14 September 2018. At that point certification to both ISO/TS16949 and the 2008 version of ISO9001 will cease to be valid not just for IATF members themselves but also for every single company at any level in their supply chains that manufacture parts that end up in their cars. From then on certification instead to both the latest version of ISO9001 and IATF16949:2016 will be an absolute requirement for all organisations involved.

As such there some 69,000 such organisations worldwide that will require the necessary certifications and 43 accredited certification bodies have been hard at work carrying out the necessary assessment procedures since the beginning of last year. The global scope of the whole initiative is indicated by the fact that the latter include, for example, American Systems Registrar, Lloyds Register Quality Assurance, Korean Standards Institution, China Jiuding Automotive Supplier Certifications, DEKRA Certification GmbH and Intertek.

As for the OEM companies in the IATF their attitude to the new standard are variable to the extent that while all of them will be looking for compliance with the new specification throughout their supply chains not all of them will be using it for themselves. But one OEM for which the combination of the ISO and IATF documents is important both internally and externally is GM.

This is confirmed by Patricia Smith, quality manager for GM Component Holdings at the company’s Wyoming, Michigan, plant: “The General Motors Global Manufacturing System comprehends a strong Quality Management System which supports compliance to the new standards,” she states. “The significance for suppliers to General Motors is the sanctioning of the Customer Specific Requirements as a component within the structure of the new Standard.” She explains that this is because the IATF document is a “focussed Quality Management System standard for the automotive industry” in which “risk mitigation” is a key element. 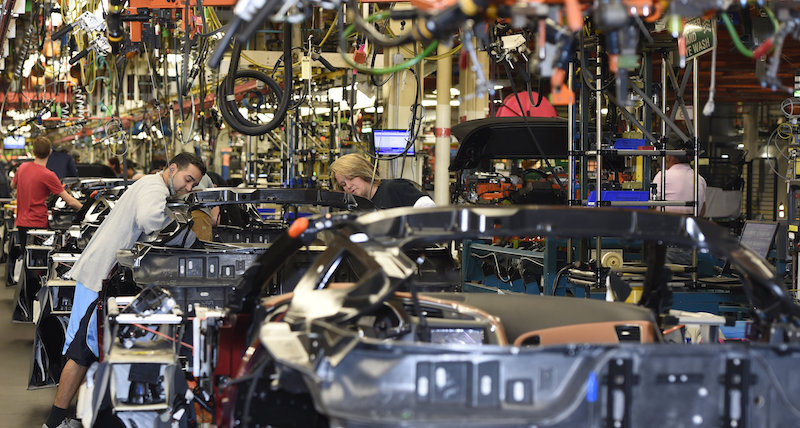 Smith is also quite frank about the need for an update: “The old combination of standards did not realise the required quality levels in the supply base for GM products and year over year performance improvements.” As such, she confirms, GM has been busy ensuring that it is ready to make the most of what the new standards have to offer. “The Corporate Quality Organisation has proactively facilitated training to the new standards in advance of the standards’ effective dates,” she reports. “The forums used included Q&A and shared learning. In addition gap closure plans were developed.”

Moreover real implementation of the new quality regime has already begun. “Several GM plants have transitioned to the new standard and the remaining will transition before the current standard expires,” Smith states. The same is also happening across the company’s supply chain. “The supply base is in the process of transitioning to the new standard as well,” she confirms.

Though the new document is by its nature pervasive Smith identifies some aspects of it that GM feels will be of particular importance. She mentions, for instance, “the inclusion of the customer-specific requirements in the Context of the Organisation Clause, the requirement for understanding the organisation and its context, specifically determining the external and internal issues that are relevant to the purpose and strategic direction and documented information requirements throughout the standard that result in evidentiary data of compliance to the Standard”.But Smith also says that the new standard should also prove useful at a more general level. “Having a refreshed set of common guidelines across the automotive industry has provided a common language, a mutual understanding of needs, common focus and clear expectations,” she says.

“Transitioning customer specific requirements into the structure of the standard is key in keeping the customer at the centre of everything we do.” So far, though, it is still a bit too early to estimate what its real impact will be. “A realistic assessment cannot yet be made because the transition to the new standard is still in its infancy,” she concludes for the moment. “But I am very encouraged and optimistic that it will yield favourable results.”