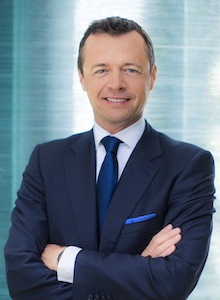 UK – Replacing Jolyon Nash, who will leave the carmaker at the end of June in order to pursue other interests, Fintan Knight has been named director of sales and marketing.

Beginning his career in the automotive industry with BMW Australia, Knight has spent two decades working for premium and luxury brands across Europe, Asia and the Middle East, including Automobili Lamborghini, Audi and Infiniti. During his 15 years with Audi he served in a number of senior executive roles, including managing director of Audi Ireland and general manager, Audi Asia and Pacific.

Knight will assume his new role on June 1, operating from the Home of Rolls-Royce at Goodwood.