Getting connected at Hannover Messe

The show will highlight innovation in production and process automation, system solutions and industrial IT 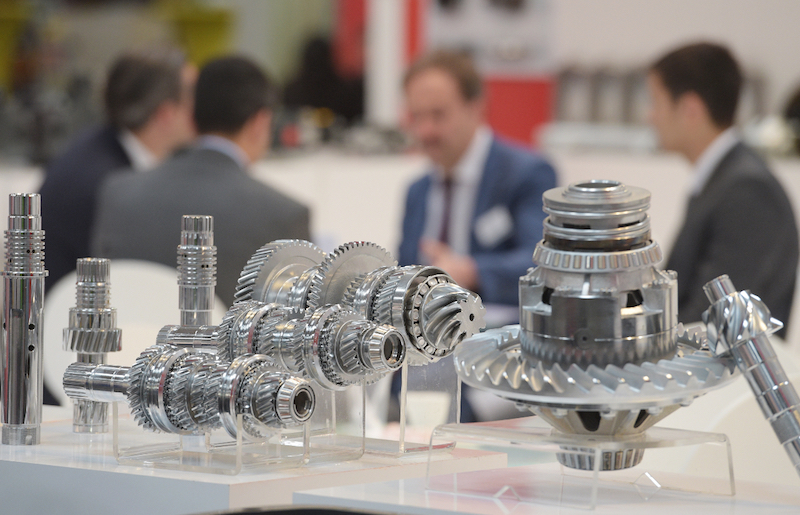 With the Industry 4.0 concept high on the agenda, issues of connectivity and data management will be highlighted at this year’s Hannover Messe, along with additive manufacturing, energy efficiency, preventive maintenance and lightweight construction. A massive event in terms of both attendance and products on display, Hannover also plays an ever more important political role, each year working with a partner country. Last year, it was India; in 2016, for the first time in nearly two decades, it is the turn of the US to take centre stage. Interestingly, the event is being widely promoted in the US not just as an opportunity for American companies to generate export leads and work with European partners, but also as a vehicle to promote inward investment to the US.

It is a measure of the event’s significance that both Angela Merkel and Barack Obama will attend its opening. Certainly, the evidence from the US suggests a concerted high-level attempt to use the show to create new worldwide opportunities for American manufacturers. With a projected attendance of over 200,000 people, many smaller US companies plan to promote their wares alongside the big players who are regular attendees. Not only is the US federal government putting its weight behind the efforts, but individual state commercial services have begun to have an impact, sponsoring the attendance of small companies and ensuring that Hannover features on the agenda of businesses which might otherwise not look beyond national, perhaps even state, boundaries.

Promoting technological innovationIn a digitally connected world, the traditional need for face-to-face contact might seem to have been eroded, yet trade shows have been quick to readjust their offerings. For 2016, the Hannover show will include an R&D area covering both sector-specific and cross-disciplinary research, as well as services relating to patents, standards and the preconditions for innovation.

Kuka will be returning to Hannover as an exhibitor but also, for the third year, as sponsor of its Innovation Award. Six international finalist teams have been developing projects utilising the Kuka lightweight robot, LBR iiwa, to present innovative robotic applications for flexible manufacturing. Among the finalists, KU Leuven will focus on flexible manipulation skills and human-robot collaboration, while fellow finalist MRK Systeme will use the robots in a display featuring the handling of heavy parts in an industrial environment via safe gripping techniques.

Kuka will both exhibit and sponsor its Innovation Award

Many exhibitors will come together in joint booths to promote their solutions to big challenges. For example, Telenor Connexion will be presenting its latest technologies in the Smart Connected Joint Booth within the Industrial Automation area.

Elsewhere, Xsoft will be one of many specialised software vendors keen to attract the attention of visitors. With extensive experience in industry software solutions and process automation in Poland and Bulgaria, the company will hope to use the event as a way of developing new contacts outside its existing markets.

Dynacast International will be one of many global companies at Hannover. Focusing on the production of precision-engineered metal components, Dynacast is heavily involved with the automotive sector, using proprietary die-cast and injection-moulding techniques.

JVL Industry Electronic will also be at the show, in Hall 15, offering robust hardware and design capability for complex industrial production environments using its own specially developed actuators and servo motors. Visitors with automotive production responsibilities will be interested in JVL’s systems, which claim to provide comparatively low-cost, flexible solutions with advanced technical features controlled by sophisticated software.

GE will use the event to show how its corporate structure reflects the trend towards integrated industry, describing itself as a digital industrial company, transforming manufacturing with software-defined machines that are connected, responsive and predictive.

Siemens will be another industrial giant returning to Hannover in 2016. Last year, it focused on Industry 4.0 and driving the digital enterprise. In 2016, it promises further solutions and products from its portfolio for electricification, automation and digitisation with displays reflecting the core concepts being highlighted at the show.

ABB Robotics has always reported good results from its appearance at Hannover; last year, its YuMi robot proved one of the stars of the show. This time, Greg Scheu, ABB president for the Americas region, has already emphasised the importance of the show, bringing the opportunity to introduce a US audience to the Hannover trade fair experience. For 2016, ABB promises to focus on the Internet of Things, Services and People (IoTSP), and is committed to a vision of an integrated ‘ecosystem’ of automation and power technologies, people and advanced services.

An internal restructuring process within ABB itself has recently emphasised technological innovation as the cornerstone of its profitable growth, with large revenues committed to research. Web-based automation and control solutions to improve customers’ quality and productivity are to be a key focus for the future and ABB is sure to use Hannover 2016 to get this message across.

Visitors will also be keen to hear about developments in disruptive technologies, such as combining artificial intelligence with 3D printing and robotic solutions. ABB Technology Ventures has sought to work with partners in these specialist areas and it is to be hoped that Hannover 2016 will allow visitors to gain an understanding of these exciting long-term projects.

Exploring new methodsFollowing previous successes at Hannover, Presspart industrial development director Peter Wenig calls it “a great opportunity to showcase our deep-drawn manufacturing capabilities as well as connecting with our current customer base”. As a sub-contract manufacturer of precision metal parts, Presspart is continually looking for ways to improve product technology, flexibility and turnaround. As a specialist in high-volume, precision, deep-drawn metal components and metal pressings, the company uses its technologies to manufacture parts previously produced by other methods. 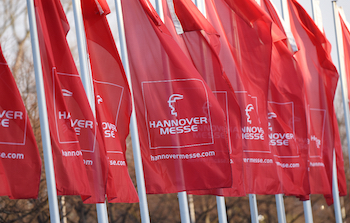 This year's show is expected to attract 200,000 people

Alongside the event, various seminar series and technical forums will be on offer. IHS is planning to stage a one-day market discussion event focusing on the show’s core theme of ‘Integrated Industry’. Elsewhere, the concept of Predictive Maintenance (PdM) will be explored in the context of the digitally integrated manufacturing environment. Techniques like continuous data capture and the analytic tools and systems needed to support a PdM strategy will be on show in Hall 17.

The organisers point out that major IT providers such as SAS, SAP, IBM and Bosch Software Innovation are investing heavily in their capacity to service the growing demand for PdM solutions. These providers will be represented at Hannover along with many others and will most likely seek to persuade visitors that basic condition monitoring systems are no longer enough to maintain competitiveness and quality in the new industrial landscape.

Transferring know-how across industriesIt is important to remember that a new generation of industrial techniques bring with them a whole host of regulatory issues concerning data ownership, protection and liability created by the emergence of sophisticated sensor usage, smart data, intelligent processing and new decision-making strategies. The idea that industry seeks freedom from regulation is giving way to a 21st-century industrial approach which calls upon bodies such as the EU to actively shape and frame the context in which new technological developments will take place. Microsoft WMEA, for example, has come out strongly with calls for wide-ranging, forward-looking policies on the Internet of Things (IOT) to be defined by broad principles and long-term goals, rather than short-term advantage. It is a call that is likely to resonate at Hannover 2016.

The value of an event on the scale of Hannover 2016 is, of course, the ability to encourage visitors to look outside the confines of any particular specialism and engage with other industries. Technology transfer across industrial boundaries is one of the key objectives and the event is structured to encourage attendees to stray from their own business concerns and explore new ways of doing things.