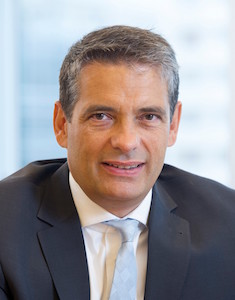 Mueller started his career with BMW in 1986 and later worked for Ford and Volkswagen. He took his current role at Renault in September 2012.

Kugler joined the process engineering R&D centre at Renault in 1984, then moved on to roles in quality and production. He became SVP, chairman of Euromed-Africa Region in November 2011 before taking up his present position.

Le Vot arrived at Renault in 1990 and has held a number of sales and marketing roles. He assumed his current responsibilities in September 2013 and became a member of the management committee in January 2015.

Ramirez joined the Renault-Nissan Alliance in 2002, holding various leadership positions at Nissan in R&D, corporate planning, marketing and sales. He has also served as managing director (MD) for Nissan and Renault in Latin America and the Caribbean plus the UK. He became MD of Renault UK in February 2013.

Stoll began his career with Renault Industrial Vehicles in 1980 and has since held diverse leadership responsibilities in different regions. He remained CPO after the role was split from the EVP of Sales and Marketing position in January 2016.

Mueller’s appointment will be effective from March 1 and Kugler’s from April 1. A replacement for Ramirez will be announced at a later date.