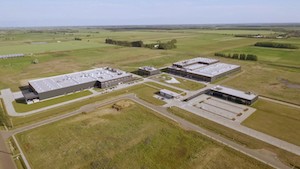 Hungary - The material and component supplier has spent around €100m (US$123.12m) on the construction of a new production site for chassis and powertrain components. Situated in Jászfényszaru, Hungary, the plant will serve both German and international vehicle manufacturers, and is expected to employ around 500 people.

"In recent years Hungary has developed into an important player for the European auto industry," observed Karsten Kroos, CEO of thyssenkrupp’s components technology business area. "Last year alone some 480,000 cars rolled off the country’s production lines. Our customers are investing in new plants, and we are also looking to continue our profitable growth in Hungary."

Electric power steering systems, valve trains and various other components for internal combustion engines and electric motors will be made at the facility. Kroos added that construction of the plant was justified by a 14% increase in orders at its components business.

The company also operates an axle assembly plant and a steel service centre in Győr, which is situated to the west of Budapest, and is currently building another production plant for springs and stabilisers in the eastern city of Debrecen. This is part of a €35m investment (US$43.09m) announced in February 2017.