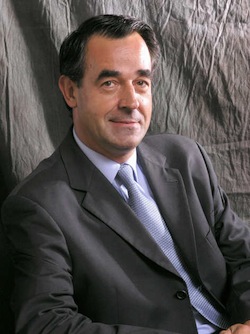 Ceva Logistics’ current CEO Marvin Schlanger will step down from the role at the beginning of January next year and make room for Xavier Urbain (pictured), who moves over from his present position as president of investment and trading company HL Holding.

Schlanger took up the role in October last year but will now resume his position as non-executive chairman of the board at the company.

“When I assumed the leadership position at Ceva, I had a number of immediate priorities to position the company for success in the future,” he said in a statement.

Earlier this year Schlanger oversaw an exchange offer on the company’s debt securities that led a reduction in the company’s debt and a higher cash injection into the business. The company ended up with about €100m less debt, and around €25m more cash in May than it had announced in its April forecast (read more here).

Schlanger added: “I am pleased with our progress and the accomplishments of the management and employees of Ceva, and I am excited that we have been able to recruit an executive with the background and stature of Xavier Urbain. I look forward to working with Xavier and the Board of Directors as we execute Ceva’s business plan.”

Urbain is a veteran of the supply chain industry and has served in several senior executive positions, including as executive vice-president of road and rail at Kuehne + Nagel, and as CEO of ACR Logistics. He has been elected a member of the Board of Directors at Ceva, effective January 2, 2014, and will be based at the company’s global head office in Hoofddorp, the Netherlands.

“I am delighted to be joining the management team at Ceva and look forward to working with our customers and employees as we capitalise on Ceva’s strengths to realise our full potential,” he stated.