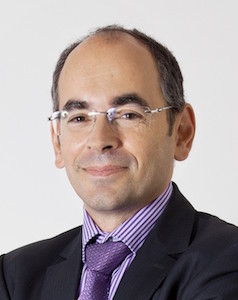 Caracatzanis began his career with Bossard Consultants, then moved to Hewlett Packard before joining Renault in 1992 as a logistics organisation project manager. He started working at the Flins plant in France in 1995, managing the assembly hall, then the paintshop from 1999 and the quality department from 2002 for the launch of the Clio 3.

In 2005, Caracatzanis became SVP of Group Vehicle Prototype Engineering. Three years later, he helped to establish the group supply chain and in 2010 he was named SVP of global supply chain. Since 2013, he has served as SVP of production and supply chain for Eurasia.