Mitsubishi to grow at Santa Rosa 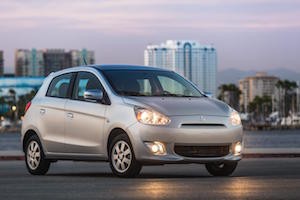 Philippines – The company is joining the Comprehensive Automotive Resurgence Strategy (CARS) established by the government to attract investment, stimulate demand and introduce regulations which will revitalise the national automotive industry, to the extent that it develops into a regional hub. As a result, Mitsubishi will expand its local production from early 2017.

The Mirage and Mirage G4 (named Attrage in certain markets) will be made at the Santa Rosa plant, upon approval for the OEM to join the CARS scheme. Mitsubishi will initially invest 4.3 billion Philippine pesos ($90.5m) at the factory, to include the establishment of a new stamping facility, and will later increase its investment and workforce in line with capacity expansion.

Osamu Masuko, chairman and CEO of Mitsubishi, noted that the company has been involved in vehicle production and sales in the Philippines for over 50 years, and that the country is “one of the most important markets for us”.

Mitsubishi Motors Philippine Corporation was established in 1963. The plant at Santa Rosa opened in January 2015 and covers 21.4 hectares, with an annual capacity of 50,000 units.