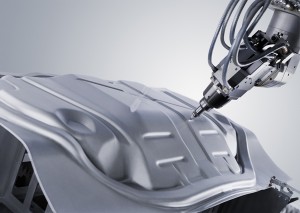 The TruLaser Cell Series 7000 gives entry-level users easy and low cost access to laser processing
TRUMPF was founded in 1923 as a mechanical workshop. Since then, it has developed into one of the world’s leading companies for machine tools, lasers and electronics for industrial applications. TRUMPF’s Indian subsidiary is primarily concerned with sales and service for the Indian market.

Can you briefly outline the key drivers behind the development of TRUMPF India’s laser-based production facilities?

The TruLaser Cell 7000 is a unique machine that offers a five-axis cutting and welding facility on the same machine. This laser sets new standards in terms of speed and production efficiency. Different components can be combined according to a modular principle and easily upgraded when a customer’s needs change.

Our perfectly attuned safety concept allows you to implement a two-station solution, even when using solid-state lasers, which require greater safety precautions. The linear movable worktables make it easy to exchange parts. The rotary changer is particularly well-suited to high quantities and simplifies component handling in the loading and unloading stations. If requested, robots can handle part loading and unloading.

A major reason for this is the equipment’s unrivalled positioning speeds and axis acceleration rates. On-the-fly piercing when cutting with the FastLine Cell reduces unproductive time by up to 40%. The dynamic cutting optics allow very high acceleration rates and ensure a constant distance between the nozzle and the workpiece. This means that all the car body parts such as the chassis, ABC pillars and roofs in Volkswagen cars are cut using our TruLaser Cells worldwide. 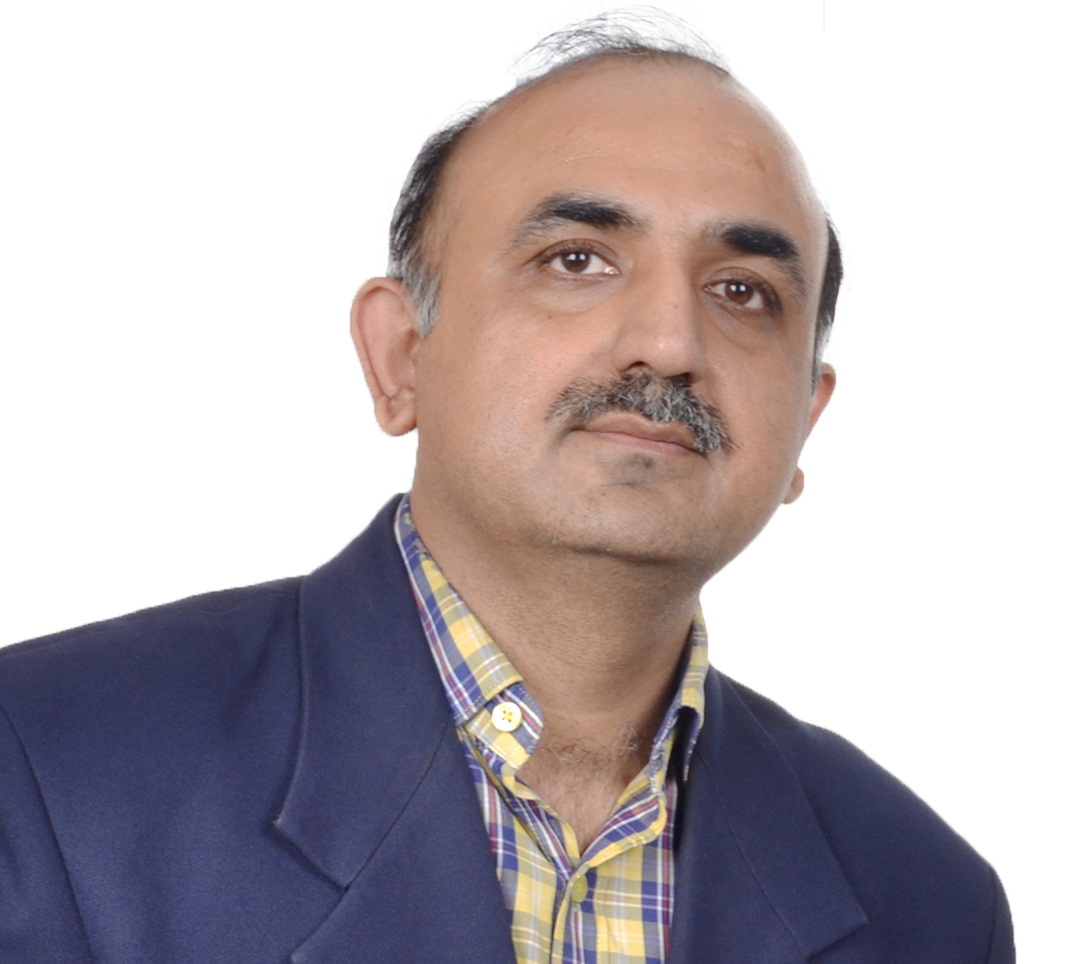 “After exhaustively studying and evaluating various technologies and brands available for laser cutting, our engineering team identified the most reliable solid state disk laser technology available on TRUMPF laser machines.
“Primarily our pain areas were accuracy and repeatability. We selected a machine with four-metre travel, so that not only can larger sized jobs be accommodated, but also multiple jobs can be loaded in parallel.

He continues: “The speed of cutting offered by TRUMPF is unmatched. It is simply a workhorse. TRUMPF has shown high levels of professional commitment in the last three years. The decision to buy the TRUMPF 7040 TruLaser has enabled us to expand our business and elevate the quality of the work our clients expect.”

After a recent slowdown, laser applications in the automotive sector seem to be recovering. What does this mean for TRUMPF India’s future development of its services?

Laser technology is still in the nascent stage in India and yet to pick up.  Multinational companies like VW, JCB and Mercedes are trying to bring in this technology among their vendors here.

When the laser business was picking up in the Indian industry two years ago, there was a slow down in the automotive industry and general economy. In addition, there was a change of government in July 2014. The new government is bringing in policies that favour industrial growth. During this transition, Indian and foreign investors are watching the situation carefully before investing. This has certainly affected the overall business and also the growth of laser machines in the country.

At Euroblech 2014, TRUMPF’s new TruDiode 3006 was shown in combination with the welding cell TruLaser Robot 5020. What are the advantages of this new laser?

The laser achieves additional cost savings due to its small footprint. Comparing laser welding with conventional procedures shows that costs per part can be reduced by up to 80%. At Euroblech, the TruLaser Robot cell was equipped with a TruDiode 3006 delivering 3kW of power. Depending on the demands of the operation, the laser system can also be equipped with a 2kW or a 4kW TruDiode laser.

Using laser technology for Tier 1 component manufacture has traditionally been expensive. What steps is TRUMPF taking to change that perception?

The price of the machine is directly proportional to the volumes. Our high-technology laser machines are hungry and need to be fed round the clock to justify the investment. Once we are able to identify the volumes with the customers, it is easy to convince them. We are able to prove that the cost per part is lowest in TRUMPF machines due to their high performance, high speeds, lower cycle times and lower running costs. All this means higher profits. Typically, the time to return on investment with one of these machines, which costs around E800,000, is approximately two to three years.

With the automotive industry moving increasingly toward lightweight materials that cannot be machined with traditional techniques, how is laser technology benefiting manufacturers?

Legislation in many countries to reduce the greenhouse gas emissions of motor vehicles has started a global trend that increases the pressure on the auto industry to significantly reduce the weight of its products. At the same time, demands on performance and crash safety are also continuing to rise. This has led to the use of lightweight materials like hot-formed manganese-boron steel in automotive manufacturing. This legislation is yet to be implemented in India, but is likely in 2018 and this will boost demand for our TruLaser Cells. 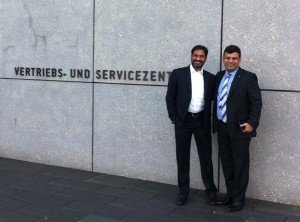 Mohammed Hidayath, national sales manager, TRUMPF India, with Soumitra Joshi, MD, TRUMPF India
The hot-formed boron steel used in chassis and ABC pillars is hard and cannot be trimmed with conventional mechanical trimming operations. It must be machined in unhardened microstructure zones. As this is impossible, lasers have proven widely successful as a ‘wear-free’ tool. In other applications, such as cutting blanks to size, a number of factors favour trimming by laser rather than by mechanical press.

Our TruLaser cell machines, which are specifically designed for this application, fit in well here. They offer advantages such as lower investment cost on a single tool like laser instead of huge multiple machines. Moreover, they also offer higher flexibility when starting production in low-volume runs, shorter setup times for part changes, optimised storage costs, batch sizes and no wear through contact-free cutting when processing high-strength steels.

Can you outline a good example of where laser has become a better solution within the production process?

Laser welding of power transmission gears is widely used due to its low weld-heat input giving low distortion of the finished assembly.

Traditionally, parts of differential gears are studded with 10 bolts. But with innovation in designs, these studs have been replaced with laser welding, which offers better torque strengths.

With this method, reducing the cost of production eliminates the process of making holes for bolts and the use of bolts. Moreover, the weight of differential gear is reduced by one kilogram, resulting in huge material saving and achieving lower cost per part.

How is laser technology part of the drive toward Industry 4.0?

Laser is a beautiful tool that has replaced many conventional, heavy, ‘dinosaur’ machines. It offers the highest flexibility in the manufacturing arena. Laser systems are fully equipped with the latest IT for programming, production planning, online production monitoring and logistic controls, making them SMART machines.

Applications-wise lasers are used for marking data matrix codes for traceability of parts, which is the need of the day. So, all the parts of an automobile are marked with lasers now and mandatorily scanned through inventory and logistics. When there is a crucial problem identified in the design of a newly launched car, the car companies can identify and track the cars that have these parts and recall them.