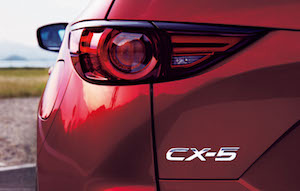 Japan – The plant in Yamaguchi prefecture will start producing the vehicle in November, joining the Ujina factory in Hiroshima where it is already manufactured. Mazda says the production launch is in response to growing worldwide demand for SUVs.

“As with the CX-3, starting production of the CX-5 at Hofu Plant as well is part of our plan to build a production framework that gives us more flexibility between plants and between models,” said Masatoshi Maruyama, managing executive officer in charge of Global Production. Mazda is in the process of implementing its medium-term business plan, Structural Reform Stage 2, which covers the period from March 2017 to March 2019.

Mazda says that in the month following its domestic launch in February, CX-5 sales reached 16,639 – about seven times the target.