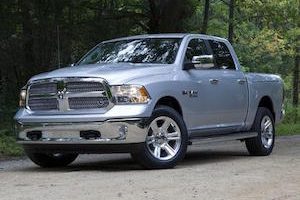 Fiat Chrysler Automobiles has been granted $4.6m to create 700 jobs at its Sterling Heights Assembly plant. The company was awarded the funds by a division of the Michigan Economic Development Corp (MEDC) and follows the FCA's announcement in July 2016 of its $1.5bn project preparing Sterling Heights for production of the Ram 1500 pickup.

The jobs grant will allow the carmaker to hire 700 new workers at Sterling Heights by 2018. The figure doesn't include workers who will be recall from the previous layoff. The MEDC said FCA will have a base employment of 4,600 at Sterling Heights before the new intake.

"This is another great project for Sterling Heights and for that facility, and we're just excited to get that underway," said Christine Estereicher, FCA's government relations director.

Production of the Ram 1500 will move from FCA's Warren Truck Assembly plant. The MEDC said FCA could have chosen to build a new plant anywhere in North America and had considered locations in Illinois and Ohio for the Ram 1500 before deciding to expand its Sterling Heights plant.