Honda to shake up domestic operations 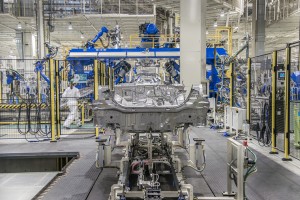 Japan – The OEM is to end production at Sayama Automobile Plant as part of a plan to “evolve” its Japanese manufacturing activities, which will also involve the establishment of a “function” to develop production technologies that will be rolled out worldwide. Furthermore, the vehicle-maker stated its intention to acquire the Yokkaichi Factory of Yachiyo Industry.

Honda said it would shift production from Sayama to Yorii Automobile Plant, both in Saitama Prefecture, in order to accommodate models “equipped with new technologies, such as electrified vehicles”. Most of the workers at Sayama, which has been operating since 1964, will also be transferred to the newer factory. Yorii, which opened in 2013 and uses the latest manufacturing technologies, will lead overseas plants in the deployment of Honda’s latest production know-how. The consolidation is due to be completed by fiscal year 2022.

At Yorii, Honda will also build a team to “create, standardise and globally share” production technologies to accommodate new developments including electrification, with these personnel coming together from various Honda operations in Japan. The resultant technologies and processes will be verified on a demonstration line built for the purpose, before being matured and standardised. They will then be rolled out globally so that the OEM can quickly bring new, high-quality products to market. The plan is for this “function” eventually to be "perfected as a new organisation within Honda”.

In addition, the OEM is seeking to take full ownership of Yachiyo’s Yokkaichi Factory in order to increase the production efficiency of low-volume models; the two companies have signed a basic agreement and will discuss further details with the aim of reaching a final deal.

Meanwhile, Honda intends its Suzuka Factory, Mie Prefecture, to continue to focus on “producing highly competitive min-vehicles” as well as helping to progress manufacturing technologies which can be shared on a global basis.

In its announcement, Honda acknowledged “the rapid advance of new technologies such as electrification and intelligence technologies”, saying that the automotive industry has reached “an unprecedented and significant turning point in its history”. The company said it had become important to able to “accommodate new technologies speedily” and therefore “essential” to evolve its production operations with the specified measures.