Heavy on the hybrids

It may have been slow off the mark with electrification, but Ford is now stepping up its efforts through a new global growth strategy 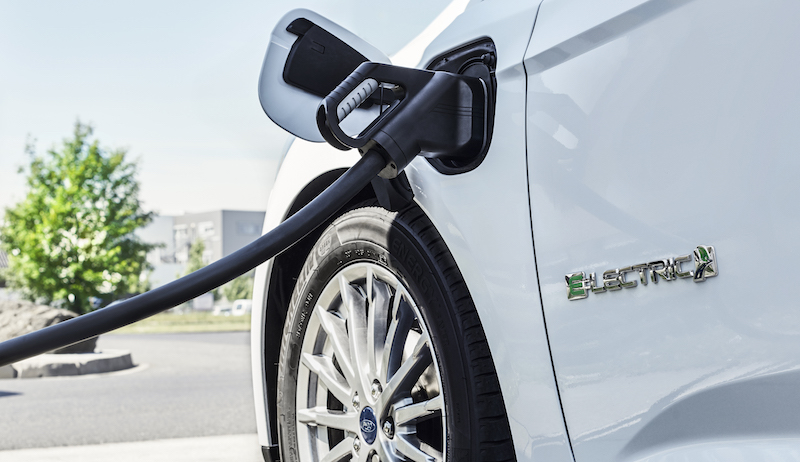 In October 2017, Ford’s new CEO Jim Hackett set out a strategy centred on a major cost-cutting exercise worth $10 billion over the next five years, taking the OEM in fresh directions. Plans for mobility services and a major shift towards to autonomous and electrified vehicles will see a very different-looking Ford emerge at the end of the process. A key part will be alliances in major growth markets, especially China with Zoyte and India with Mahindra, both featuring electric vehicles (EVs). In the US, Ford will develop an alliance with technology company Lyft, focusing on commercial vehicles and delivery services.

The emphasis on EVs is essential because Ford has been slow off the mark in this area and is seen as lagging behind its traditional competitor General Motors, as well as market disruptor Tesla. Ford’s new product line-up will include 40 new electrified vehicles in the next five years, 24 of which will be hybrids and plug-in hybrid electric vehicles (PHEVs), while 16 will be battery-electric vehicles (BEVs). Seven BEVs will go on sale in North America, three in Europe, and 13 in Asia Pacific. Some models will be sold in more than one region. Total investment now committed to the company’s electrification programme amounts to $11 billion. New models include an F-150 hybrid; a Mustang hybrid; a Transit Custom PHEV; an autonomous hybrid; a PHEV sedan for the police; and a full electric SUV, with a high-performance SUV variant. Details on the other 14 or 15 full EVs have not been provided yet.

Speaking at an event in China in 2017, Bill Ford said that the country is at the heart of electric vehicle and SUV growth, and of the “mobility movement”

The F-Series hybrid, which will also be sold in the Middle East, is essential because it is such a high-volume seller. Cutting fuel consumption on the model will play a crucial role in Ford’s strategy to meet the new corporate average fuel economy (CAFE) rules that were introduced under former President Obama. While there has been some row-back from the Obama plan under President Trump, the need for all car companies to cut fuel consumption remains strong in the long run. The police PHEV will be able to travel for 21 miles on a single charge lithium-ion battery, without petrol power. To be called the Special Service Plug-in Hybrid Sedan, it is targeted at senior police chiefs and other government personnel who are not engaged in pursuits, although the vehicle is capable of 85mph. It is chargeable through a standard socket, with a 3.3 kilowatt on-board charger able to charge the 7.6kW battery in 2.5 hours on a 240V system.

These announcements follow on from a quiet period in terms of electrification. The lack of a fully developed plan for EVs was described as one of the reasons for CEO Mark Fields’ sudden departure in 2017 and his replacement by Jim Hackett. In fact, Ford has not launched any new electric or hybrid vehicles since 2013. The pressure to add new models in this segment is intensifying as some low-selling electrified models in the US are now coming to an end; the C-Max Energi plug-in hybrid stopped production in 2017 and the full hybrid will stop in the second quarter of 2018. For now, other old electric and hybrid models will remain on sale, but the Fusion and MKZ hybrids, Fusion plug-in and Focus electric are all based on old platforms and have declining sales volumes.

Choosing ChinaAs part of Ford’s new strategy, changes are also being made to Ford’s global production footprint. In January 2017, Ford had announced that BEVs would be made in Flat Rock, Michigan; however, under Hackett’s strategy, BEVs will actually be made in Mexico and the Focus, which was due to be made in Mexico, will now be made in China.

The $500m investment promised for the Michigan factory, along with 700 jobs, will be increased as Flat Rock is repositioned as Ford’s centre of excellence for autonomous vehicles. Investment there will rise to $900m, with a revised target of 850 new jobs. In addition to the hybrid autonomous vehicles to be made in the US, Ford will build a full electric crossover in Mexico. This will be manufactured at Ford’s existing plant in Cuautitlán and have a 300-mile range. It is due on sale in the summer of 2020. Meanwhile, there will be a major push with BEVs in China through a joint venture (JV) with Zoyte.

Ford has set out ambitious plans for China. It is aiming to grow revenue by 50% between 2017 and 2025, and while the focus is on BEVs, they will not be the only route to achieving the target. The OEM will also increase its sales effort for conventionally powered SUVs, and has stated that all models in its portfolio will be fully connected by 2019.

In December 2017, Ford announced that 15 electrified vehicles would be launched in China by 2025 under both the Ford and Lincoln brands, sitting alongside 35 powered by petrol only. While Ford wants 70% of its vehicles sold in China to be electric or hybrids by 2025, it will actually launch more conventionally powered vehicles than hybrids or electrics in China during this period, so there is clearly a long way to go.

In addition to EVs being sold in China under the Ford and Lincoln brands, there will be an all-new electric brand, backed by what Ford describes as “an ecosystem that makes charging, sharing and servicing easy.” The 50/50 JV with Zoyte will focus on a separate range of affordable EVs, but in order to achieve full market acceptance, Ford also wants to offer battery performance which can deliver 500km driving distance before recharging.

The JV with Zoyte was announced in August 2017 and will be aided by an investment of 5 billion yuan ($756m), much of which will be allocated to the construction of a new factory in Zhejiang. The investment will also fund an R&D centre in China as well as the development of a new and separate sales and service network for the brand.

Meanwhile in India, Ford plans to work closely with Mahindra in another JV. Mahindra already has micro-car EV technology and is used to the cost constraints of the Indian market. Discussions between the two companies had stopped under the direction of Mark Fields, but were quickly revived under Jim Hackett. 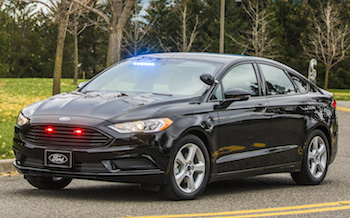 Ford has developed a Special Service PHEV for senior police chiefs and government personnel. The vehicle is capable of reaching 85mph

Trusting in hybridsIntriguingly, Ford sees vehicle autonomy as fitting better with hybrid technology as opposed to full electric systems. This is possibly due to the notion that hybrids will be able to stay on the road for longer than BEVs as they need less downtime due to the absence of charging, and Ford sees maximising time on the road for autonomous vehicles as crucial to its new mobility strategy.

Another reason for the OEM’s preference for hybrids over BEVs is the cold weather environment that affects much of North America. Battery performance declines in very cold weather, which in turn reduces the effective operating distance for BEVs.

However, when rapid charging systems become available and batteries can be recharged in around five minutes, Ford’s approach could change along that of many other companies, provided that battery performance is not degraded by excessively rapid charging.

Ford’s strategy was explained in December 2017 when executive vice-president Jim Farley told Automotive News that the company planned to have autonomous vehicles on the road for 20 hours a day, whether being used by the public or as part of delivery fleets. Ford also sees hybrid autonomous vehicles as ideal for its future “robo-taxis”. Clearly, Hackett wants to turn Ford into a different kind of company, one not merely selling cars but rather providing mobility solutions.

The focus on autonomous vehicles also has a role to play for Ford’s image in financial markets, as the new strategy is designed to breathe some life into the company’s share price. The OEM needs a boost after a disappointing 2017 during which shares rose by around 3%. This is a poor performance versus GM, which was up 20%, and Tesla, which rose by more than 50%. The share price issue is one dimension of Ford’s ongoing battle with GM for market leadership, and gaining leadership in autonomous and electrified vehicles is crucial. Ford expects to test autonomous vehicles during 2018, and will want to get these to market quickly as GM plans to have autonomous vehicles on the road by 2019.