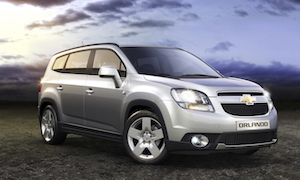 GM Korea has stated that it will close its Gunsan plant by the end of May 2018 as part of its plan to improve profitability in the region. The facility has housed the production of the Chevrolet Cruze and Chevrolet Orlando, but has been running at 20% capacity over the past three years.

“This is a necessary but difficult first step in our efforts to restructure our operations in South Korea," explained Kaher Kazem, President and CEO of GM Korea. "We recognise the contribution and support of our employees, the wider Gunsan and Jeonbuk communities and government leaders, particularly through the most recent difficult period. We are committed to supporting all of our affected employees through this transition.”

Since it was established in 2002, GM Korea has produced 10 million vehicles and currently supports around 200,000 jobs. The OEM is hoping to continue operating in the country, and has told Automotive Logistics that it has adequate inventory to keep up with current demand.

Although it has made the decision to close its Gunsan plant, GM has also reportedly told authorities that it plans to build two new models in South Korea. The OEM has five manufacturing facilities in the country.