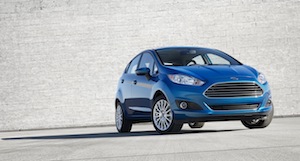 Mexico – The engine facility in Chihuahua will be constructed within the OEM’s existing engine plant at a cost of $1.1 billion and will make a new gasoline unit; a further $200m will expand existing lines for I-4 and diesel engines. The $1.2 billion transmissions plant will be built at Getrag premises in Guanajuato and will produce all-new automatic transmissions.

According to Ford, the expansion at Chihuahua will create 1,800 jobs and make it the largest engine plant in Mexico. Exports will go to the US, Canada, South America and Asia-Pacific. Meanwhile, the new facility at Ford’s long-time partner, Getrag, will require a 2,000-strong workforce to produce transmissions for South America, Europe, Asia-Pacific and other North American markets.

In Mexico, the OEM makes the Ford Fiesta, Fusion and Lincoln MKZ, as well as hybrid versions, and employs 11,300 people. An engineering centre also accommodates 1,100 engineers who support global projects.