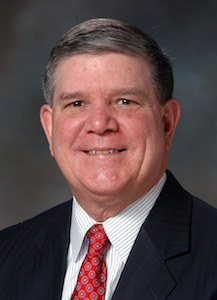 US – The appointments in the OEM’s China, India, Global Strategy and Finance teams are aimed at enhancing the reporting of its Chinese operations and expanding its business model “to be both an auto and mobility company”, according to a statement released today.

“As our growth plans in China have developed, this market is delivering an increasingly important portion of our revenue and profits globally,” said Mark Fields, chairman and CEO at Ford. “Elevating the reporting of this business right now reflects China’s importance in our profitable growth plan going forward.”

Dave Schoch, group vice-president and president of Asia-Pacific, will take up the leadership of the OEM’s Chinese operations, as chairman and CEO of Ford China. He will direct the import business, the passenger-car joint venture Changan Ford and the commercial-vehicle joint venture Jiangling Motors. Marin Burela, president of Changan Ford, has decided to retire on October 1, and from July 1 will report to Schoch as Asia-Pacific special advisor. Also from July 1, Nigel Harris will become a company officer and succeed Burela as president of Changan Ford. Based in Chongqing, he will report to Schoch. His replacement as president and managing director of Ford India will be confirmed at a later date, said the OEM.

“During his 32-year career at Ford, Marin has made significant contributions to our operations globally, including leading the development of our global small-car portfolio and building Changan Ford into a very successful business in the world’s largest car market,” said Schoch.

Ford’s newly appointed leader in China, Dave Schoch, has served the company for more than three decades, holding senior positions in global operations such as chairman and CEO of Ford China from 2011 to 2012. He has held his current role as president in the Asia-Pacific region since December 2012.

Marin Burela has served as president of Changan Ford since 2010. He previously held leadership roles including president and CEO of Australia. Burela joined Ford in 1984 as an engineering graduate trainee and has also worked for the Jaguar and Land Rover brands, in senior management positions.

Nigel Harris has served in a variety of sales and marketing roles across Europe, Africa and Asia-Pacific, including general manager for sales at Changan Ford and Asia-Pacific vice-president of Sales and Service. He joined Ford in New Zealand in 1985.

John Lawler assumed the roles of chairman and CEO of Ford China in December 2012. He was previously chief financial officer for Ford Asia-Pacific and Africa, based in Shanghai, China. Lawler joined Ford in 1990.

Stuart Rowley, who joined Ford in 1990, has served as controller since April 2012 and was previously chief financial officer, Ford of Europe. He was also chief financial officer and senior vice-president of Volvo Car in Gothenburg, Sweden. The OEM says Rowley will now help to lead its growth strategy by “accelerating the development of new business models in both the company’s core and emerging business opportunities”. This will involve directing investment in new products and technologies, supporting Ford’s focus on innovation.