EVs: Is this the tipping point? 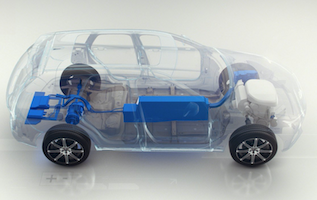 The momentum behind the move towards vehicle electrification continues unabated. Most recently, both the French and UK governments stated their intention to ban the sale of conventionally powered vehicles by 2040. Volvo also caused a stir when it announced that its all-new model launches from 2019 onwards will only be offered with some form of electric powertrain, be it hybrid, plug-in hybrid or full battery-electric. So, no more conventional powertrain engines will be fitted to Volvos. Except that they will be: the current 90 series (XC90, S90 and V90) and new 60 and 40 series models to be launched before 2019 will be offered with only petrol and diesel engines, and such vehicles will continue to be sold for many years afterwards. How many of Volvo's targeted 1m electrified vehicles a year by 2025 will be full electric vehicles (EVs) remains to be seen.

Regardless of the “spin” which Volvo put on its announcement, it seems unquestionable that the situation has changed for the industry as a whole. Barely a day now passes without one vehicle company or another announcing a new electrified model, or an investment in battery or motor production. For example, in mid-July, after some fractious dealings with the unions, Daimler confirmed that its Unterturkheim powertrain plant, Germany, would make electric powertrains, involving full battery production and the assembly of electric modules for front and rear axles. This announcement follows confirmation that Mercedes’ new EQ brand of fully electric cars will be made in all of its core European plants; vehicles of the A-class size will be made at Rastatt (Germany), B-class will be made at Kecskemet (Hungary), C-class at Bremen (Germany) and E-class and above at Sindelfingen (Germany). By 2025, Mercedes expects 15-25% of its output to be full EVs, equivalent to as much as 350,000-400,000 units if applied to anticipated worldwide volumes.

Similarly, Nissan has said that it wants 20% of its European sales to come from zero-emission models by 2020; that would be equivalent to 140,000-150,000 vehicles, or about six times as many Leaf cars as it sells now. Meanwhile, operating on a lower scale, London’s iconic taxi has been re-invented as an all-electric model, with production taking place at a new, 20,000-unit factory in Coventry, UK. The new electric taxi will be sold not only in London but worldwide; Amsterdam was the first European city to announce that it will take the vehicle, with plans for 225 models to be delivered from Q1 2018.

To meet the ambitious aims of these and other car companies, the industry will need to address the issue of battery-cell capacity. For example, Volkswagen has suggested that additional capacity equivalent to 40 of Tesla’s giga-factories will be required by 2025, citing OEMs’ plans to achieve 25% of their sales volumes from EVs by this date. The scale of this change will offer opportunities to suppliers as much as to the vehicle companies, who can’t afford or don’t want to make a heavy investment in battery production. Major players such as Bosch are therefore looking at battery-cell production; an announcement from the company is expected by the end of this year.

In addition, major investment will be needed in the charging infrastructure to keep the new EVs going, resulting in significant changes to the urban landscape; substantial numbers of charging points will be required on streets, in car parks and in fuelling stations. The problem may be ameliorated if dynamic (or wireless) charging – performed automatically as cars drive over suitably equipped roads – can be made to work on a large scale. Certainly, EVs are changing the nature of the vehicle production process and how we drive; they will also change much of our living environment.