Dürheimer to lead Bentley and Bugatti 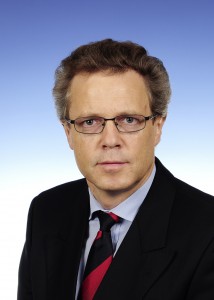 Germany – Wolfgang Dürheimer, the general representative of the Volkswagen Group with responsibility for motorsport, will become chairman and CEO of Bentley Motors and president of Bugatti Automobiles with effect from June 1, 2014. He will succeed Wolfgang Schreiber, who takes up a new position within the Group.

Dürheimer started his career in 1986 with BMW, where he held various management positions before joining Porsche in 1999, becoming board member for R&D in 2001. He was made CEO of Bentley and president of Bugatti in 2011, then member of the board of management at Audi in 2012, where he was responsible for technical development. After stepping down from this position, he will now join the VW committees which are responsible for the US and Chinese markets, in addition to leading Bentley and Bugatti.

Schreiber joined VW in 1984 and was head of transmission development from 1996 to 2003. He transferred to Bugatti, where he was head of development until 2011. In 2006, he became member of the board of management of Volkswagen Commercial Vehicles responsible for development; he was also speaker for the board from 2010. He took on the leadership of Bentley and Bugatti in 2012.