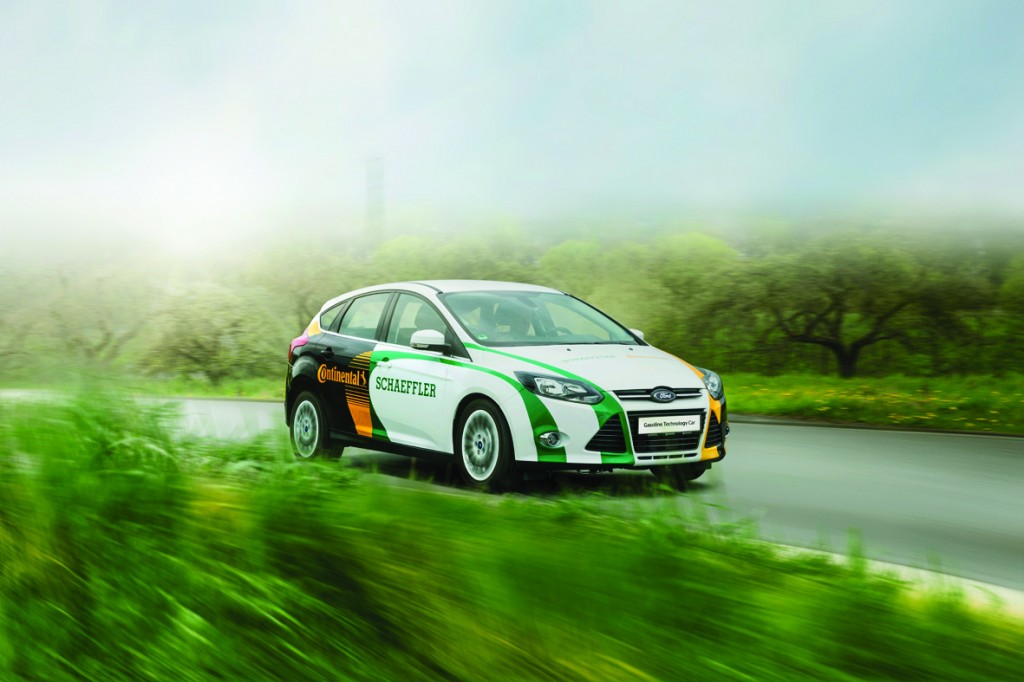 The number of hybrid and electric vehicles in showrooms and on the roads continues to grow, with the technology that underpins them already seemingly established. Yet, in many ways, we are only at the very beginning of the journey toward greener transport, with many challenges still to be overcome.

Standard industrial electric motors and associated drivetrain technologies are well developed, and of course there is potential for technology transfer from other sectors. But these products are far from drop-in replacements for the internal combustion engine, with developers needing to address issues such as efficiency, weight, reliability, complexity, ruggedness of design and cost. So what are the technologies that might drive the development of the next generation of hybrid and electric vehicles?

Much of the focus is, of course, on the electric motor that will provide the power. Motor technology in the conventional industrial world is very highly developed, but the operational profile in an electric vehicle (EV) is very different – and few conventional industrial motors in other sectors have to work from battery power. So there is a strong need to approach the design of EV motors from an alternative angle.

Yasa in flux
Two of the leaders in electric motor development for next-generation hybrid and electric vehicles are Yasa Motors and Protean Electric. Yasa Motors is a company that was spun out from Oxford University, UK, to develop and commercialise the innovative Yokeless And Segmented Armature (YASA) topology – a new type of axial flux motor that the company says demonstrates a step-change improvement in torque density when compared with other axial flux motors. The topology is based around a series of magnetically separated segments that form the stator of the machine. The step-change in the specific torque of the motor (20Nm/kg, which is claimed to be typically at least two times better than the best alternatives) comes from the combination of patented improvements in the magnetics, the cooling and the packaging of the motor.

The 500Nm YASA motor has been developed specifically for electric and hybrid vehicles. The motors are compact, at 34cm in diameter and 7cm wide, and fit within the space of the front or rear differential of a typical vehicle, as the differential is no longer required. The motors output 500Nm per ‘slice’, with a peak power of around 75kW. This means that two motor slices are enough for most vehicles, while four slices may be used for a sports car type of performance.

Earlier this year, Jaguar Land Rover (JLR) embarked on a £16m ($26m), 27-month research programme called Evoque_e, with the aim of developing electric research vehicles containing YASA motors. Specialist engineering consultancy Drive System Design will be responsible for integrating motors, clutches and clutch strategies associated with torque management and delivery to the wheels. Other members of the Evoque_e consortium include AVL, GKN Driveline, Tata Steel, Williams Advanced Engineering, Delta Motorsport, Motor Design and Zytek. The three cars in the Evoque_e project are due to be unveiled in 2015 as demonstrations of what the technology could bring to next-generation EVs. [sam_ad id=17 codes='true']

At the same time, Yasa Motors itself has secured £5m from a combination of existing and new investors to increase production capacity to meet customer demand and grow its commercial activities. “We are naturally delighted at the support shown by our investors, who share our view of the potential for our highly differentiated electric motors,” says Chris Harris, CEO of Yasa Motors. “The motors are now being integrated into products by an ever-increasing number of customers.”

Protean development
For its part, Protean Electric is developing its in-wheel electric drive system, the Protean Drive – an award-winning technology that is an integral part of a hybrid powertrain system when paired with a traditional internal combustion engine. It is also powerful enough to be the only source of traction drive in EVs. Producing torque and power exactly where and when drivers need it, each motor fits easily in the unused space behind a conventional 18-to-24-inch wheel and can use the original equipment wheel bearing. The direct-drive configuration reduces part count, complexity and cost, so there is no need to integrate traditional drivetrain components such as external gearing, transmissions, driveshafts, axles and differentials. 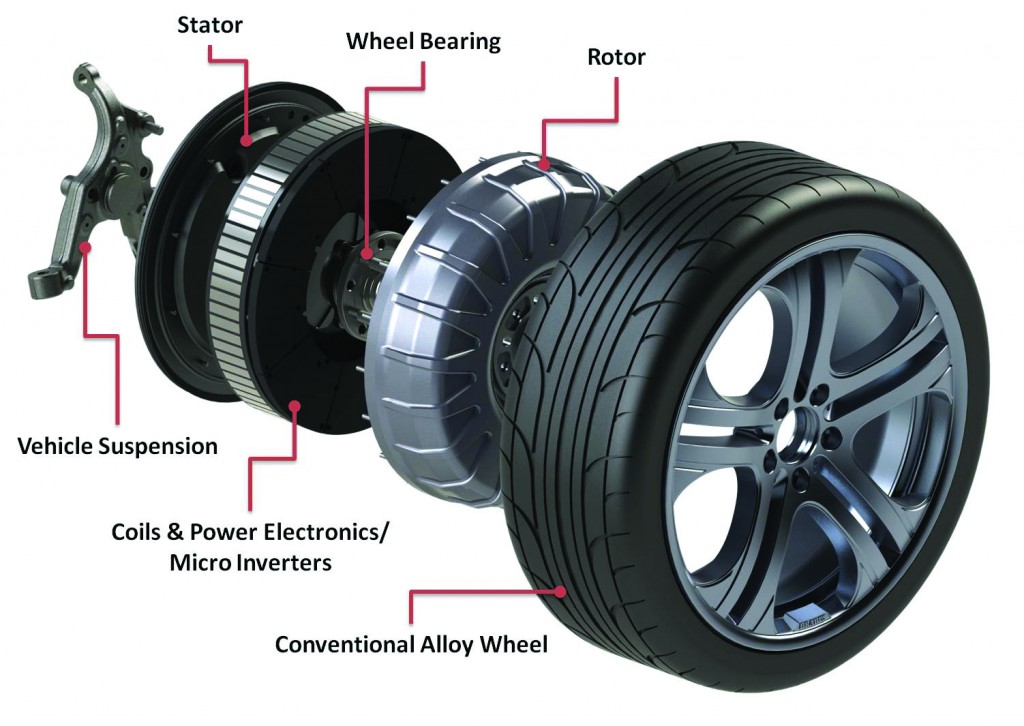 Protean says its new production motor provides a 25% increase in peak torque compared with the previous-generation design and can deliver 1,000Nm (735 lb-ft) and 75kW (100hp). Ken Stewart, vice-president of business development, says the technology is “ready to address the automotive fuel economy, drivetrain performance and integration challenges today and for the future.”

At the end of 2013, Protean Electric announced a partnership with FAW- Volkswagen Automotive to develop an all-new electric propulsion system that will include the Protean Drive, working towards a demonstration vehicle programme and production. FAW-VW says it will create an all-new rear-wheel drivetrain for a pure EV based on the VW Bora.

Protean can already point to a number of demonstration vehicles using its motor technology, including the Volvo C30 Series HEV, the Ford F-150 EV, the Vauxhall Vivaro PHEV and the Brabus Hybrid, based on a Mercedes E-Class.
Protean says its new production motor provides the highest torque and power density of any leading electric propulsion system. Each in-wheel motor comes with its own power and control electronics packaged inside the motor, which communicates with the vehicle by using a common vehicle control system.

Low-voltage drive systems
A common feature among many of the new generation of motors for hybrid and electric vehicles is that they require high-power batteries – typically 250V to 400V DC – but as the market for hybrid vehicles continues to grow, a new field is emerging which focuses on 48V solutions.

A leader in this area is bearings and automotive component and systems supplier Schaeffler, which has developed a range of innovative systems for future passenger vehicles equipped with on-board, high-performance 48V electrical systems. The core element of this is a compact 48V electric drive module that includes a clutch and planetary transmission, which can be placed either on the front or the rear axle of the vehicle. Schaeffler says this new drive module paves the way for more cost-effective hybridisation of vehicles.

According to the company, the low-voltage design reduces costs compared with the associated requirements of high-voltage solutions. Furthermore, the use of Schaeffler’s 48V system opens up operational possibilities that were previously the exclusive domain of vehicles equipped with high-voltage hybrid components. These include crawling in stop-and-go traffic, sailing – where the electric motor ensures virtually constant speed across a wide operating range while the internal combustion engine is switched off – driving in residential areas, parking and other low-speed driving situations. In addition, the electric drive assists the internal combustion engine by providing extra torque, for example when moving off from traffic lights.

Thomas Smetana, Schaeffler’s vice-president for the electric axle systems product group, explains that the new technology delivers all the advantages of a hybrid vehicle, but in an economically attractive package and with a number of further benefits.“The fact that the drive unit is connected directly to the prop shaft in rear-wheel-drive vehicles prevents drag losses by the internal combustion engine,” he says. “We can therefore achieve maximum efficiency and enable driving situations that were previously only offered by hybrid vehicles with significantly more complex designs.

“Our combination of an electric motor and transmission also allows the flow of force to be distributed selectively,” he continues.“Drive torques can be superimposed and even torque vectoring – the variable distribution of torque that serves to increase driving safety – is possible.” 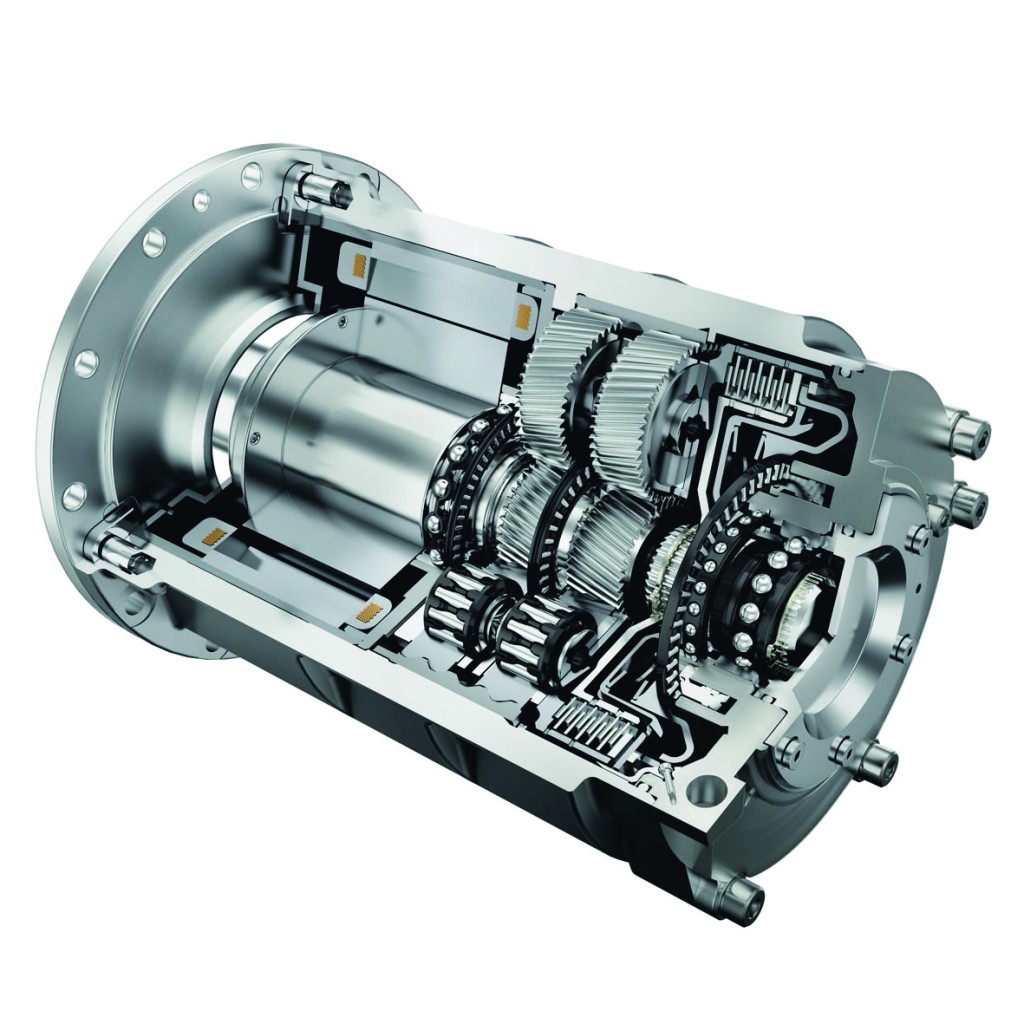 The 48V drive module has an output power up to 12kW. In its current configuration, the cylindrical component of the drive module is 235mm in length with a diameter of 165mm. This compact design means that the module can easily be integrated into the drivetrain and overall design of the vehicle without any space having to be sacrificed within the boot or fuel tank.

Schaeffler adds that vehicle manufacturers who decide to install a 48V on-board electric system, in addition to the standard 12V system, can also integrate other suitable high- performance innovations into the vehicle. These include high-performance, rapid-reaction actuators for the chassis, allowing the ground clearance to be regulated according to the driving conditions and terrain, which has a positive effect on the vehicle’s aerodynamics and therefore on its fuel consumption.

In addition to high performance due to the higher voltage range, a second on-board electric system also offers the advantage of smaller cable cross-sections. This reduces weight and facilitates the integration and installation of the cable harnesses in the vehicle.

Putting its 48V ideas into action, Schaeffler has co-developed an innovative ‘mild hybrid’ car with Continental: the Gasoline Technology Car (GTC). Unveiled at the 35th International Vienna Motor Symposium this year, the GTC project demonstrates how a networked integration of key mild hybrid technologies can cut fuel consumption and CO2 emissions by an additional 17% compared with an already highly efficient Ford Focus 1.0-litre EcoBoost with a downsized three-cylinder gasoline engine.

Magnetic gear technology
Many technologies for hybrid and electric vehicles share the use of conventional industrial gear technologies. Protean’s in-wheel motor, which eliminates the need for a gearbox, is indeed one solution, but another option comes from Sheffield, UK-based Magnomatics. The company has developed what it calls 'Pseudo Direct Drive' (PDD) technology to deliver highly torque-dense and efficient electrical machines. Magnomatics says its PDD technology is suitable for series hybrid and/or parallel hybrid topologies, in both axle-drive and in-hub forms, and will result in a vehicle drivetrain which is more compact and reliable than can be achieved by competing technologies.

The PDD machine is an elegant and extremely compact magnetic and mechanical integration of a low-ratio magnetic gear and a brushless, permanent magnet motor/generator. This integrated machine has an unparalleled torque density, which Magnomatics says is several times greater than a high-performance permanent magnet machine, resulting in a compact electrical drive that does not require any ancillary lubrication or cooling systems. 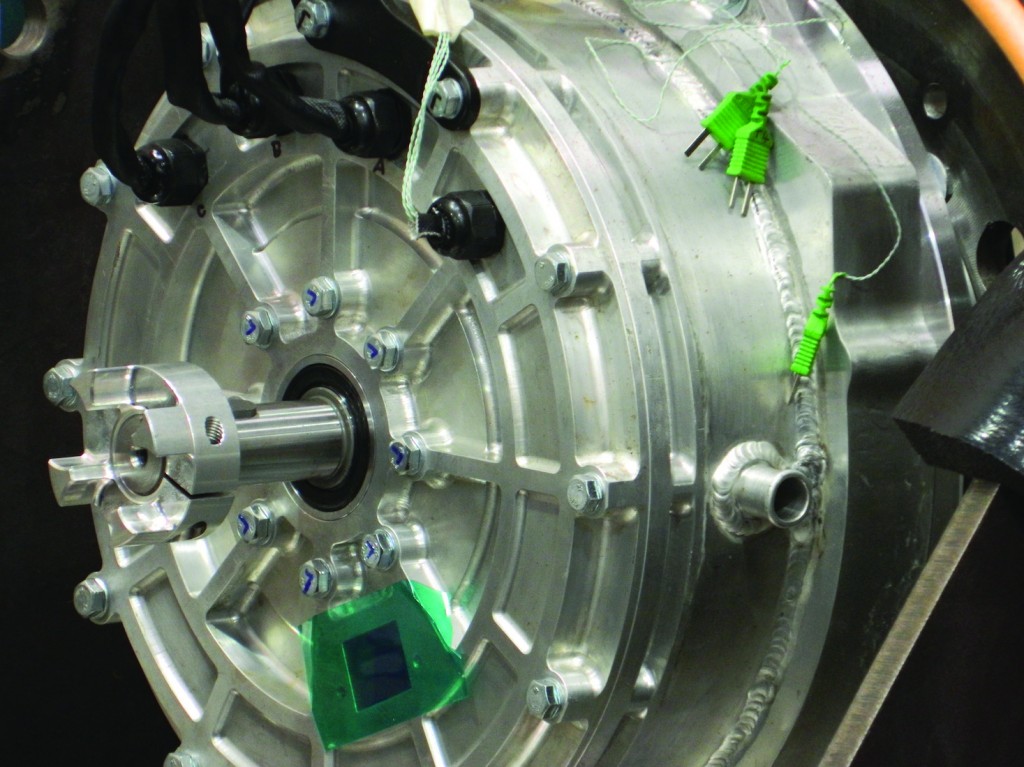 A development of the PDD is the company’s MAGSPLIT device, which has been tested by a number of global car, bus and truck manufacturers. Magnomatics says independent evaluation of MAGSPLIT technology highlights a fuel economy increase of 3-5% in smaller vehicles and a reduction of up to 35% in fuel consumption in some larger HGV vehicles. The contact-free magnetic gears also reduce maintenance costs when compared with traditional mechanical gears.

“We are really pleased with how the testing of the MAGSPLIT devices has gone and the results are very promising, demonstrating how much more efficient magnetic gear technology is,” says Magnomatics business manager David Latimer.

Drivetrain technology for hybrid and electric vehicles is certainly gathering pace, with numerous full hybrid, mild hybrid and all-electric vehicles already on the market and selling well. However, the results of evaluation programmes on the next-generation of drivetrain components may truly define the success of vehicles beyond the era of the internal combustion engine – and right now they seem a very encouraging prospect.