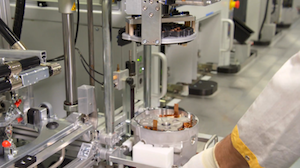 China - The German tier 1 supplier has just announced the start of a new joint venture (JV) with Chinese battery manufacturer Sichuan Chengfei Integration Technology (CITC). The companies will focus on the development and production of 48-volt (48v) systems for the passenger car market.

"Entering the 48v battery systems business is a strategically important step for Continental, and one that will further strengthen our position as a system provider on the fast-growing mild hybrid market," commented Continental CEO Elmar Degenhart. “CITC allows us access to the extremely significant Chinese market. It also has the potential to impose itself on the international competition and to become a global provider in the production of battery cells."

Continental already has a 48v system on the market. Renault was the first to adopt it in its 2017 Scenic and Grand Scenic models, and then Audi revealed it was using the system in the new A8. The supplier has demonstrated that the system can provide a 21% reduction in CO2 emissions when equipped to a gasoline engine, and a 9% reduction on a diesel engine.

A spokesperson for Continental told AMS that the company expects considerable growth in demand for 48v systems as vehicle manufacturers look to reduce emissions and improve efficiency. As a result, the JV partners will establish both development and production facilities.

The spokesperson would not provide any figures on production volumes, but said that the JV partners believe around 14% of all new vehicles across the world will feature 48v systems by 2025.