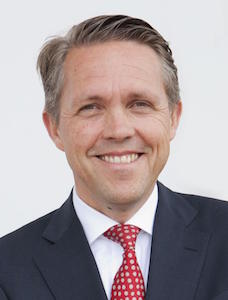 US – Chris Koenders will leave his role as executive vice-president, Operations, to become head of Project Retail Channel Performance Europe. He will be replaced by Petter Witt, moving from his role as regional vice-president, Western Region. The changes will take effect on May 1.

Koenders joined the vehicle-maker in 1993 as a management associate at BMW of North America. From 1993 to 2000, he held several product management and marketing positions in Munich, Germany, and in 1997 became head of International Exhibitions.

In 2000, he was responsible for the global reintroduction of the Mini brand. From 2003 to 2006, he directed international innovation projects such as the Hydrogen CleanEnergy fleet and Connected Drive. In 2006, he was named vice-president of BMW Brand Communications and BMW Group Marketing Services, overseeing global launches and branding activities as well as introducing the BMW EfficientDynamics programme.

Before joining BMW North America in 2014, Koenders was president of BMW Group Netherlands, a role he had held since 2010. In his new position, he will oversee BMW corporate stores in multiple European countries and work on strategic retail channel issues within the region.

First serving BMW North America as a management associate, Witt later assumed field, regional and headquarters operational positions of increasing seniority. In 2006, he was promoted to regional sales and marketing manager in the Central Region, based in Chicago, Illinois. Four years later, he went to Munich as sales director for the Importer Regions Africa, Caribbean and Eastern Europe. In January 2013, he became managing director of BMW Sweden. He returned to the US in January 2014.