Beeston to direct Infiniti in Britain 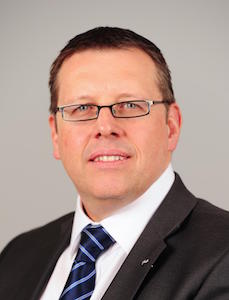 UK – As country director, Barry Beeston will be responsible for all sales and marketing within the UK. He will assume the role on May 1, reporting directly to Francois Goupil de Bouille, vice-president of Infiniti Europe, Middle East and Africa.

Beeston moves to Infiniti UK from Nissan Motor (GB). He has extensive automotive experience, ranging from aftersales to regional retail sales and, most recently, corporate fleet sales at board director level.

“I am very excited to be joining Infiniti at a time the company is recording significant growth, not only in the UK but across the world. The introduction of the British-built Q30 earlier this year, and the soon-to-arrive QX30, are game changers,” commented Beeston. “Alongside these, further new products are arriving, such as the stunning-looking Q60 coupe, due later this year with its new 400hp V6 engine.”