New leadership aims to restore the fortunes of the Russian giant by reducing its workforce, disposing of non-core assets and implementing Renault-Nissan standards 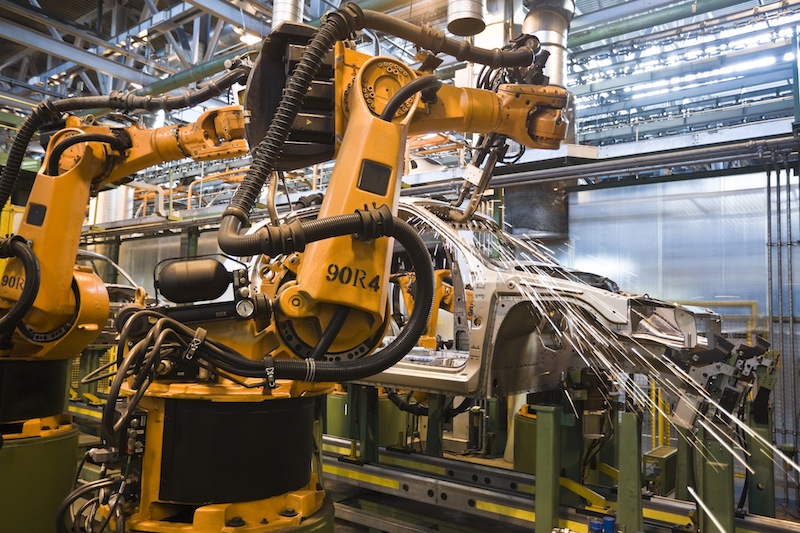 The vast AvtoVAZ auto works at Togliatti in Russia represent not so much a factory on the edge of a city as a city which grew up around a factory. Like Volkswagen at Wolfsburg or Audi in Ingolstadt, both in Germany, the city has expanded to accommodate a workforce which, though less than half what it was in the Soviet era – and steadily being reduced further – will still number 53,000 at the end of this year.

AvtoVAZ is the manufacturer of Ladas, though these days it also produces an increasing number of cars for the Renault-Nissan Alliance, which has a 50.1% controlling interest in the company. In fact, without Alliance production, AvtoVAZ would be in a desperate situation. While the plant has an annual production capacity of around 1m vehicles, last year it made 544,000. This year there will be a slight improvement to 571,000, but 150,000 of those will be Renaults, Nissans or – since the summer  – Datsuns. AvtoVAZ remains the number one vehicle-maker in Russia, and Lada is still the sales leader, but its share of a market which is 15% down on 2013 has shrunk to 16.5%.

Togliatti is named after Palmiro Togliatti, a former leader of the Italian Communist Party. Construction of the plant with which it is synonymous began in 1966 for production of the Fiat 124 under licence, using Fiat processes. The first car rolled off the assembly line in 1970. Since then, Togliatti has turned out 28m cars and light commercial vehicles (LCVs). The site is immense: the production buildings cover an area 4.5km by 1.5km, a total of 675 hectares including offices and test tracks.

“We are a Russian brand for Russians, but the thing we need to work on is the perception of our products and our image" – Eugeny Belinin, AvtoVAZ

Today Togliatti is a plant in flux. It is now integrating the Alliance Production Way into its manufacturing systems, a process which is nearly complete, and since early 2013 has also been part of the Alliance Purchasing System. Some 35% of the planned reductions in the workforce will come from what are regarded as unproductive management roles to increase productivity and stem losses which amounted to $75m in the first seven months of 2014. The last vestiges of the old Soviet-era ‘job for life’ mentality are being swept away. “Not all of our employees understood that we need to be profitable,” admits Eugeny Belinin, chief financial officer, AvtoVAZ.

Targeting a rapid turnaround
Belinin came to AvtoVAZ earlier this year from GAZ, the Russian truck and bus company which builds cars under contract for several European manufacturers, thus rejoining CEO Bo Andersson, who started work in January. Their task is to repeat the rescue mission they helped to effect at GAZ, a company which lost $1 billion in 2008 but turned in a record net profit of $264m just three years later.

Under Andersson, AvtoVAZ aims to operate at its maximum capacity of around 1m vehicles a year, possibly by as early as 2016, and to turn out an increasing number of cars for its Alliance partners. Much will depend on how quickly the Russian economy can recover from its current slump. The plant’s previous production record was 810,500, achieved in 2008.

The Alliance is targeting 40% of the Russian market, with half of that to come from Lada, and is continuing to invest in Togliatti with this goal in mind. When AMS visited in late August, the finishing touches were being made to another Aida press for the new models which are essential to the recovery plan. Lada alone plans an unprecedented ten new models over the next five years.

The press shop does the stamping for all the Lada and Alliance cars produced on site and also turns out spares. It is said to be the largest in Europe both in terms of floor space and the number of items of equipment it houses – 248 at the last count. There are presses from Hitachi Zosen, Innse, Schuler and Komatsu as well as Aida, exerting forces of up to 2,000 tones. The press shop turns out 1,500 parts for 28 different cars, and this year will consume 316,000 tonnes of rolled steel – 40% less than the 520,000 tonnes used during the record production year of 2008.

Togliatti is the only plant within the Alliance which is producing cars for four brands: Lada, Renault, Nissan and Datsun. The Ladas are supplied to 387 Russian dealers and exported to 27 countries. Togliatti also has a partner plant at Izhevsk, to the east, which is owned by the United Automobile Group and has a capacity of around 100,000 units a year.

Assembling on five lines
There are five assembly lines at Togliatti, but two of them – one producing cars on the B0 platform and the other assembling the Lada Kalina and models related to it – are responsible for two-thirds of the plant’s output and are the most closely integrated into the Alliance Production Way. The other lines are for: the Lada Priora, a compact economy car built in four body styles; the Lada 4x4, which is the successor to the Niva; and what are called ‘speciality vehicles’.

The B0 line turns out the highest volume of cars and is the only one working three shifts at the moment. Its welding shop is sub-divided into two, each a mirror image of the other. One half completes the Lada Largus saloon and light van and Nissan Almera bodies, while the other is responsible for the Renault Logan and Sandero.

Combined production today is 47 units per hour, but this is gradually being ramped up to 55. There are only four robots inside the entire welding shop, so the work is 95% manual. AvtoVAZ says the reason is to allow for greater flexibility when assembling bodies for so many cars, because unlike robots the 2,000-strong workforce does not have to be re-programmed for model changes. 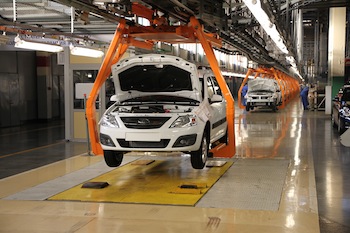 All five models go down the same 1.5km final assembly line, which is effectively split into three sections. The first installs some of the interior trim. The second takes care of “the marriage” between the body and chassis and the powertrain. Then the remaining trim is added.

Assembly follows the Alliance Production Way, with minor variations; for instance, the delivery of bumpers to the line has not yet been integrated into the Alliance system. But the line has still advanced a long way from when the Lada Samara was built there.

There are 1,700 assembly line workers, and the average age is an unusually young 32. There is also a 50:50 male-to-female split, which is also rather rare. The B0 line has a nominal capacity of 340,000 units a year – one-third of Togliatti’s total potential.

The Kalina line is currently operating only two shifts because of the downturn in demand for the Lada Granta, Russia’s top-selling car, and the Kalina. The planned 2014 output comprises 98,265 Grantas, 70,432 Kalinas and 24,252 versions of the Datsun on-Do, which was introduced in the summer. The cut in shifts and productivity increases mean that the 1,500 assembly line staff – once again evenly split between men and women – are operating at 54 cars an hour, but this year’s output will still be less than two-thirds of capacity. The Alliance Production Way will soon be 80% implemented, and is partly responsible for a reduction of 60 workers on the assembly line.

Making hard choices
“The only way we can save our profitability is to cut costs,” explains Belinin. Besides the staff cuts – which will involve shedding 50% of employees at management level – he says AvtoVAZ will squeeze supplier margins and dispose of “facilities we don’t use”, which in turn will bring energy savings. “We will sell all non-core assets which are not bringing value to the company.” 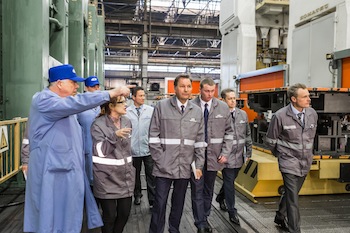 “We have almost doubled our productivity,” states executive vice-director Hugues Desmarchelier, who is responsible for all production at Togliatti. “In 2013 it was 25 cars per worker per year. It is now around 40, and we are targeting 45.” While he admits there is “room for a lot of improvement against the best plants in the Alliance”, Desmarchelier points out that the plant “will have three major new cars within the next year, one based on the B0 platform and others on a new platform, and we will increase our volumes with Datsun”.

Belinin adds: “We have 220 actions for cost reduction and are acting to become more customer-oriented. We will divide the plant into structured business units and make each of them accountable, improve our launch execution and improve logistics.”

“We are a Russian brand for Russians, but the thing we need to work on is the perception of our products and our image. Already we are modernising and increasing capacity, adopting common [Alliance] processes and tools, adopting Alliance training standards and using the group’s global supply chain and benchmarks. Defects are already going down, and costs are going down. This year our aim is to break even, and if we succeed it will be a huge achievement.”