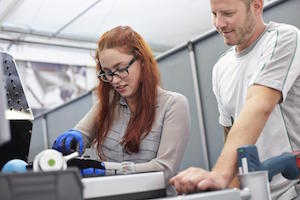 UK – According to a new report, devised by the SMMT Industry Forum on behalf of the Automotive Industrial Partnership, up to 5,000 jobs could be vacant nationwide because of a skills shortage in the sector. The knock-on effects are that employers are being forced to fill the gap by hiring temporary contractors and recruiting abroad.

The study surveyed British vehicle manufacturers and component suppliers in order to identify those areas with the biggest recruitment challenges. Of the ten job types found to be most problematic, the majority were in engineering; the top two were design and production engineers. Around 19% of the unfilled vacancies cited in the report were listed as ‘critical’ and therefore having a significant operational impact.

The study acknowledged the revival of the UK automotive industry since the recession, saying that it is currently sustaining 800,000 jobs across the country. The report noted that last year was the best in a decade for the UK automotive industry, with 1.59m vehicles built; that an all-time record output of 2m is predicted by 2020; and that productivity has increased by 40% since 2010 – making it the highest in Europe. Yet this recent success could be undermined by a lack of skilled engineers, despite efforts to increase training and apprenticeships.

Jo Lopes, chair of the Automotive Industrial Partnership and head of technical excellence at Jaguar Land Rover, described the findings as “very significant” and “a valuable basis for government and industry to jointly tackle this issue head-on and ensure that the growth potential of the industry in the coming years is fulfilled”.

Mike Hawes, CEO of the Society of Motor Manufacturers and Traders (SMMT), commented: “The automotive industry has already invested heavily in apprenticeships and training for existing staff to grow and develop a new generation of skilled workers. However, even more support is needed."

He said the focus must be “on quality not just quantity” and suggested that STEM subjects (science, technology, engineering and mathematics) should be more heavily promoted in schools.