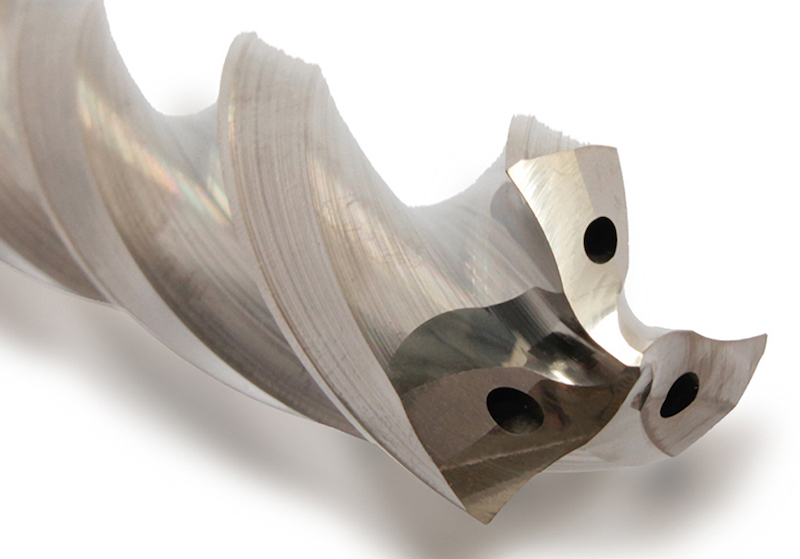 When it comes to engine, powertrain and brake system components, hole-making is a primary process that influences both quality and cost. With this in mind, new drilling and boring tool innovation can provide genuine competitive gain.

Take Carlisle Brake and Friction (CBF), for example, which is based at Pontypool in the UK. A specialist in the production of master brake cylinders for heavy goods and construction vehicles, CBF has been working with Mollart Engineering’s tooling operation to re-engineer its production process, a move that could see a doubling of CBF’s current annual output to 200,000 master cylinders. The resultant savings include 60% on labour costs and reduced machine-setting times, along with less stock and work-in-progress, and shorter lead-times.

“We worked closely with Mollart to adapt our bore-finishing process around reaming and roller burnishing, which then enabled us to move from multi-operational sequences to cell-based machining with single-cycle cutting,” says Chris Cudlip, operations manager at the Pontypool operation.

There are two basic versions of master cylinder produced by CBF (both are machined from grey cast iron): single pedal (CV) and unboosted compensating (CCV). Both have a common series of bore sizes but with different configurations of connector ports for single- or twin-pedal steer-turn applications.

Prior to the change in method, CBF was geared to more traditional, higher-volume machining using a trio of six-spindle Wickman multi-spindle automatic lathes, two variants of centre-column Wavis special-purpose machines, plus a six-spindle Nagel honing machine to pre-finish and deburr the bore. These methods, although ideal when installed, were becoming a liability through growing maintenance problems and lost production. There were also concerns that these ageing machines could lead to safety implications, while the use of solid carbide tooling was a growing issue due to tooling charges and refurbishment costs.

This led CBF to investigate suitable tooling and its application, which could later generate greater flexibility from the use of computer numerical control (CNC) and cell-based technology. Among the tooling suppliers approached was Mollart, which won the order with its suggestion that a change of method from drilling, boring and finish-honing, to drilling, semi-finish reaming and roller burnishing, should be considered. Most important was that the new process could easily be combined with the machining of other features on a four-axis vertical machining centre.

As a result of trials, the first four-axis vertical machining centre was installed and populated with tooling. This led to sampling for customer approvals and then to extensive endurance testing, which proved successful.

The improved method today involves four vertical machining centres with four-axis units working in a cell. The Mollart micro-reamer has a single blade with two carbide guide pads to absorb any cutting forces. Blade adjustment is carried out through two screws acting on a wedge.

The reamer is set to leave sufficient stock to accommodate the following burnishing tool, which cold-works the surface to condense and compress any surface peaks, thus removing tool marks and minor irregularities. Reaming is carried out at 1193rpm with 200mm/min feed.

The Elliott multi-roll internal roller-burnishing tool sourced from Mollart is run at 450rpm with a feed rate of 450mm/min to achieve a 0.025mm size tolerance and 0.3µm CLA surface finish, which is half the required drawing tolerance.

“The process is totally consistent and by using the latest electronic gauging system we are able to confirm the ability to maintain size, and in particular roundness, within 4µm,” says Paul Hadley, technical manager.

Five sizes of cylinder are produced by CBF and a major changeover takes just two hours. Previously, each of the three Wickman multi-spindle automatics would need two shifts to achieve changeover, the Wavis special-purpose ten hours and the Nagel hone six hours. 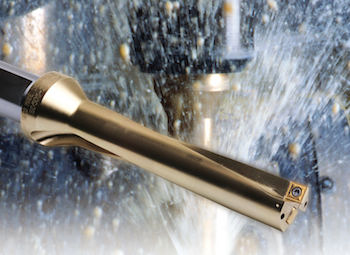 Summing up the savings, Cudlip says: “Largely initiated on the back of the Mollart tooling that enabled the process change, labour input has been reduced by 60% and we are achieving 98% labour efficiency. In addition, we now have total process flexibility based on an array of four machining centres.”

He lists further benefits: “We have completely deskilled the process, slashed our tooling bill – with the added advantage of insert changes rather than regrinds – and have a very effective, single-cycle production operation. As a result, we have not only secured additional production in the UK, but have also become very price competitive in international markets.”

Take automatic transmissions, for instance. Here, the switching unit is the central component that controls the clutch and transmission brake in order to change gear depending on the engine load and vehicle speed. In the machining of the switchgear housing, the valve bores play a central role, which is why Mapal has developed multi-bladed polycrystalline diamond (PCD) tools with permanently brazed cutting edges to help boost productivity.

As a result, the machining process is divided into several machining sequences, with different tools deployed for piloting, semi-finishing and finishing.

However, since not every valve bore requires maximum precision, alongside finely adjustable boring tools, Mapal now offers permanently brazed PCD fine boring tools which allow manufacturers to achieve a reduction in process time, despite a tolerance range which is only minimally extended. In addition, the fixed multiple-bladed tools eliminate the need for any fine adjustment of the cutting edges.

For intermediate machining, a four-edged PCD tool with brazed cutting edges has been developed, which can be used as an alternative to a twin-edged standard tool as long as this is allowed by the length/diameter ratio, as well as the stock situation. A significantly shorter process time and the required positional accuracy are thereby achieved, forming the basis for finish-machining.

Of course, the outcome of finishing depends largely on the quality of the intermediate machining. Previously, the high standards placed upon finishing work had been met using a single-bladed finely adjustable PCD fine boring, but here Mapal can offer (depending on the requirement) three- to six-edged, fixed PCD fine boring tools which again are able to provide cycle time improvements with almost the same precision.

Seco Tools is another cutting tool manufacturer with drilling, reaming and boring products designed especially for automotive applications, as a number of recent case studies show. In the example of a turbocharger machined from heat-resistant stainless steel (SMG 11), a customised 16.8mm diameter Perfomax chamfer drill achieved a tool life of 40 pieces with better chip flow and reduced cutting forces, says the company. The tool, which was fitted with Seco’s SCGX and SPGX inserts, was run at 120m/min speed and 0.06mm/rev feed rate for drilling the valve axis and performing chamfering operations.

Further examples focus on forged steel (SMG 4) connecting rods. In one instance, a 49mm diameter step-boring bar achieved a 25% increase in tool life (to 800 completed parts) by switching to Seco’s Duratomic TP2500 grade when rough-boring the cranks and performing chamfering by circular interpolation. The cutting speed was documented at 280m/min with 0.18mm/tooth feed rate. Drilling the two bearing cap holes on the same connecting rod, a Seco FeedMax chamfer drill improved tool life by 24% (to 1,350 holes) and improved hole-centring due to the geometry of the tool. Cutting speed was 75m/min, while feed rate was 0.25mm/rev.

Cutting costs in cylinder head productionComponents such as these are also an area of focus for Kennametal, which says it can offer reduced cost-per-part machining with its RIQ Quattro Cut inserts for cylinder head production. These four-edged inserts are located on patented serrations inside the pocket seat. While many inserts require two setting screws and must be precisely adjusted to each other, RIQ inserts need only one screw to maintain one minute of angular accuracy, which saves time and potential adjustment errors. Users also get 12 cutting edges from the four-sided insert because each insert can be indexed four times on each of three seat angles. The edges not in use are protected in the pocket.

Big Kaiser has introduced what it describes as the world’s smallest digital precision boring head featuring an integrated display. Furthermore, the company says that, compared with analogue heads, the new digital boring tools can improve efficiency and are typically 20% quicker to set.

To ensure compatibility with customers' existing equipment, all insert holders and boring bars from the Big Kaiser range of analogue tools can be used with the new digital versions.

For cylinder bores, Kennametal says there are special considerations. For instance, over the past few decades, the height of engine pistons has been reduced, in part, to lighten car weight. High pressures, high temperatures, short strokes and high speeds, combined with shorter piston heights, increase demands on materials, surfaces and seals. All of this means that cylinder bores must be more cylindrical to prevent uneven combustion pressures in the cylinder head.

With this in mind, Kennametal offers the Romicron boring tool with closed loop boring, which allows users to make tool adjustments one click at a time using a central dial, down to 1µm. Adjustments can be made to single or multiple cutting tips, thus eliminating the clamping screws and unpredictable backlash found on conventional alternatives.

Hole accuracy is also vital in turbocharger machining. Popular thinking has been that a drill needs to be precisely symmetrical to perform accurately. However, Kennametal begs to differ, stating that conventional symmetrical drills often generate a pendulum effect, resulting in a hole with a ‘triangular’ shape.

With the growing popularity of hard-to-machine materials like titanium and nickel-based alloys for automotive components like turbochargers, hole accuracy is becoming more of a challenge, which is why Kennametal has developed its Y-Tech solid carbide drill. Uneven spacing on Y-Tech drills generate a side force that is said to keep the drill stable in the hole, without any pendulum effect or triangulation.

Another interesting solid carbide drill to enter the market recently is the WTX Feed from WNT. The advantages of this twist drill become particularly apparent under more difficult conditions, using just minimal mist coolant. In one example, the drilling of an engine block made of grey cast iron, the WTX Feed drill cut the cycle time by 20%. In addition, WNT says that tool life was extended by 300% compared with a similar competitor product.

The key feature of WTX Feed drills is the use of three cutting edges, which allow a higher feed rate in comparison with conventional solid carbide drills. This design innovation also makes them suitable for difficult spot-drill situations, such as inclined surfaces.

For automotive manufacturing engineers, drilling clearly brings to mind a spectrum of different process choices and, nowadays, a whole host of new technologies to consider.