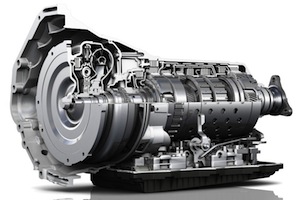 Germany – The last such transmission for passenger cars, in this case a Jaguar model, rolled off the assembly line at the company’s Saarbrücken plant earlier this month, bringing the total to more than 7m produced over the past 13 years.

The six-speed automatic transmission entered into production in 2001. Michael Hankel, member of the ZF board of management with responsibility for ZF’s Car Powertrain Technology and Car Chassis Technology, commented: “During peak periods, we produced up to 4,500 units of the 6HP in a three-shift operation; the annual record lies clearly above 1m.”

The six-speed transmission (6HP) was 13% lighter and 7% more economical than its five-speed predecessor, as well as offering reduced noise levels. The component was developed further after its launch date, from 2006 achieving response times below the human perception threshold and fuel savings of 3-6%.

Over its production lifetime, the transmission was installed by 16 vehicle-makers in SUVs, sports cars, mid-size convertibles and limousines. Eventually, 11 variants were available, customised for specific drivelines and torque requirements from 230-750Nm.

ZF is now making a second generation of its eight-speed transmission (8HP), which follows in the tradition of the 6HP and started production at Saarbrücken in 2008; the 8HP has also been produced at Gray Court, North Carolina, since 2013. Worldwide, 8,800 units are currently made for automotive manufacturers.

ZF will continue to produce the 6HP in Shanghai for the Chinese market.