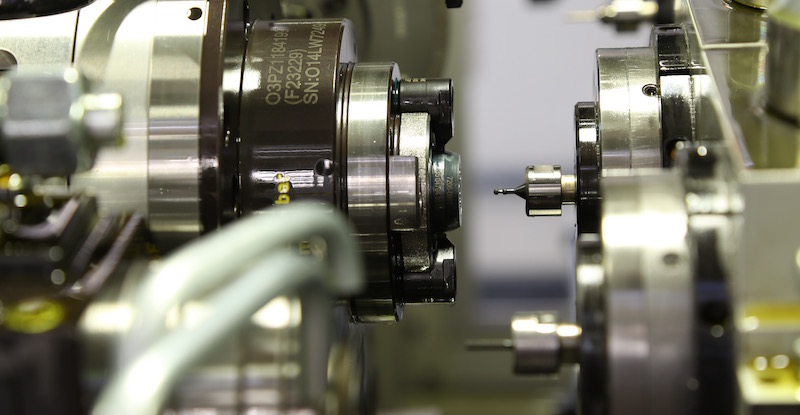 Summing up the high-precision machining operations at Delphi’s Storehouse plant, chief manufacturing engineer for commercial vehicle fuel injection systems Dave Jewell says: “We have got to fit a valve pin within a guide so that it can move up and down in order to actuate the valve. Each pin and guide have to match each other. Then you have to push a silicon iron armature onto the pin and position it so that it sits in just the right place in the magnetic field next to the stator, so that it gives you the right response time. The stem clearance on our Euro6 valve is +/-0.5micron, collar clearance +/-1.5micron, lift +/-4micron and you have to get those right 20,000-30,000 times a week.”

In describing how the plant sets about achieving those goals, Jewell highlights the need to adhere to a number of basic principles, one of which, perhaps surprisingly for a high-tech manufacturing operation, is what he terms “an aversion to invention”. By this he means a reliance on established, proven shopfloor procedures and production technologies that will not be changed for merely short-term reasons. Another of these principles is the maintenance of a stable group of suppliers to whom considerable responsibility is devolved for ensuring final product quality. “We buy very high-quality pre-machined parts,” Jewell confirms. “We don’t give suppliers the easy stuff.”

Intensive data gatheringWithin the plant, the sequence of procedures seems straightforward enough – further machining, assembly and test – but again the overall process is marked by consistent compliance with a number of unvarying self-imposed rules.

One is that of intensive data gathering. Jewell explains that every assembly is given a ‘birth certificate’ in the form of a data matrix code right at the start of its progress through the plant. By the time all processes are completed each of these will have accrued its own unique database of around 45mb of information plus a dozen or so photographs to ensure complete traceability back to source should any subsequent defects occur.

A second such rule is the near-universal use of cubic boron nitride (CBN) grinding wheels rather than ceramic-based materials as the essential contact tool for actual machining operations.

Again, says Jewell, this is an established technique and one that Delphi employs because of the comparative advantages the use of CBN brings in terms of the quality and consistency of operations.

Initial purchase cost in this instance is certainly not a factor – large CBN wheels, Jewell explains, can cost around £3,500 each compared with just £250 for a ceramic counterpart. But they last much longer and pose much reduced demands for the periodic ‘dressing’ procedures required to ensure a uniform diameter at all points on their circumference. On the latter count, he says that a CBN wheel might require appropriate trimming by a couple of microns every 500 parts in contrast to the 10-15 microns every 20 parts that would be the case for an equivalent ceramic wheel. The consequence is “stable cutting conditions for long periods”.

There is also a marked disparity between the size of the CBN wheels and the parts they are used to. The large wheels – as much as 350mm in diameter – are used to machine the pins, while the interiors of the valve guides are machined by wheels as compact as 1.8mm in diameter mounted on tungsten carbide quills. Machining speeds for the former, Jewell adds, are about 20,000rpm, while for the latter they can be as high as 150,000rpm. Nevertheless, overall process speed is not the overriding concern. “Stability is more important than cycle time,” he observes, though he also says that compared with ceramic wheels CBN technology facilitates “three times the output on the same footprint”.

A perfect matchA third of the procedure’s unwavering rules involves the implementation of a “tried and trusted” production methodology – in this case that of “single-piece flow”, which effectively means there is no such thing as batch production anywhere in the plant. The reason for that, quite simply, is that otherwise “you catch defects too late, you don’t know how many there are in a batch and you don’t know the root cause.” But with single-piece flow “you catch defects immediately and you don’t pass them on to the next machine or the customer.”

This approach is most evident in what is arguably the most crucial quality-related aspect of the whole manufacturing process – that of matching an individual valve pin to an appropriate guide housing in the assembly process. As Jewell explains, the degree of variation even within tolerance for both pins and guides that would occur naturally in a batch environment would mean that random mating of the two in assembly would unacceptably impair product performance. Meanwhile trying to select appropriate matches from already machined batches would be complex and time-consuming. 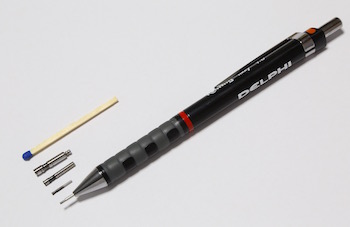 Delphi’s answer to this “single-piece match machining” – in other words machining one part, in this instance the valve pin, so that it precisely fits an already machined part, in this case the valve guide. Both valve pins and guides are made from “high-alloy steel” and both arrive at Delphi from external suppliers. Currently two sizes of pin are manufactured – 3mm diameter to comply with Euro4 and 5 legislation and 2mm diameter to comply with Euro6, though different procedures apply to them.

Jewell explains that the larger size parts arrive at Delphi as pre-machined blanks, whereas the smaller ones arrive in bar-form and are cut to length in-house. After initial machining by Delphi, pins are then sent off-site again for coating before returning for final machining – an iteration that Jewell admits could be obviated by bringing the coating process in-house, though there are no immediate plans to do so.Appropriate in-process metrology is crucial and Jewell says the most pervasive technique employed at Stonehouse is that of air gauging. He explains that this is the proven means of ensuring “the highest level of precision you can attain in volume manufacturing.” This combination of procedure and technology then enables Delphi to achieve tolerances as low as “one micron” in matching valve pins and guides.

Passing through the ‘quality’ gatesAll this is supplemented by what Jewell terms a system of “quality gates”. The company sets a limit on the number of faulty parts that will simply be discounted at a single machine during a single shift – Jewell indicates the number is just two. One more than this and a technician will be called in to review the situation and, if need be, implement some remedial action. One more fault and the machine will be stopped. The consequence, Jewell says, is that “it stops us building up failures in the system.” All this is applied to roughly 60 custom-built machines on the shopfloor at Stonehouse. 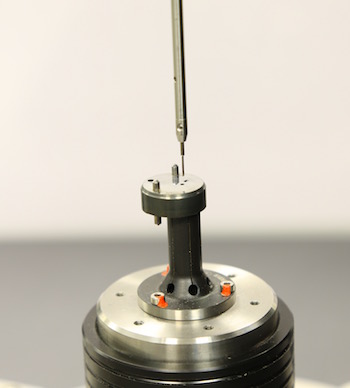 Nevertheless this deliberately cautious approach to high-precision, high-volume manufacturing is about to meet a challenge that Delphi admits will push it well beyond its present limits. The company has announced that it has developed a new family of injector products it calls the F3 series, which it hopes will be on the market and in-use by the early part of the next decade. A key element of them, though, will be their use of even smaller valve pins than are made at present – just 1mm in diameter – and Stonehouse will be the place where the task of making them will be a day-to-day reality.

Jewell certainly does not shy away from admitting that this task will be extremely demanding, particularly machining the valve guide interiors with grinding wheels, which will necessarily be less than 1mm in diameter.

A key issue, he says, will be that of producing parts economically within the constraints imposed by the low surface speeds that rotating tools of such small size will be capable of generating. The most obvious alternative, of course, would simply be to utilise higher spindle speeds, though Jewell says Delphi has also explored the potential for what he will only describe as further “novel” techniques. Intriguingly, he also says that Delphi has now identified what course it will follow though for the moment all details of its chosen solution remain confidential.

Meanwhile, for the 1mm pins, the challenge lies not so much in the machining process – Jewell indicates that it is only slightly more demanding – but in the associated parts-handling requirements.

With such parts, which weigh very little, the use of gravity as a means of depositing them in required locations becomes extremely problematical. The solution will involve the use of more “intelligence” in machines to detect when parts have been successfully manipulated.

Moreover, the right level of such intelligence will represent an “evolution” rather than a complete reinvention of existing capabilities available from technology suppliers. Jewell indicates that the company has researched the market and is confident that it has identified how it can proceed. “We have got some very good options,” he states.