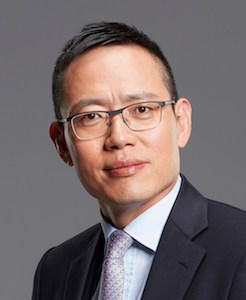 China – As senior vice-president (SVP) for Volvo Cars in the Asia-Pacific region, Xiaolin Yuan will replace Lars Danielson, who will retire from the company. In his new role, he will be supported by Geert Bruyneel, currently vice-president, Purchasing and Manufacturing, APAC, who will now become deputy SVP, Asia Pacific.

Yuan has served as deputy vice-president for Asia Pacific for the past two years and was previously a member of Volvo Cars’ board of directors. He joined Volvo as head of mergers and acquisitions and handled the purchase of Volvo Cars by Zhejiang Geely Holding in 2010.

Danielson will retire from Volvo Cars after ten years with the company. He served Saab and General Motors before taking the role of general manager at Volvo’s Torslanda plant in Sweden. Following the Geely acquisition, he moved to China, where he was responsible for establishing Volvo’s manufacturing footprint. He was appointed SVP for China in 2013 and then SVP for Asia Pacific in 2015. He oversaw the rapid expansion of Volvo Cars in China, with the opening of vehicle plants at Chengdu and Daqing, plus an engine factory in Zhangjiakou.

Danielson will retire at the end of February; Yuan will start his new role on March 1.