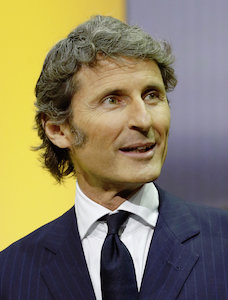 Germany – Replacing Heinz Hollerweger, who has spent 40 years with Audi, Stephan Winkelmann will become CEO of the premium OEM’s wholly owned subsidiary, which makes the high-performance R and RS models. He has served as president and CEO of Automobili Lamborghini since January 2005.

As CEO, Winkelmann guided Lamborghini through an expansion which tripled the number of dealerships as well as seeing record deliveries of 3,245 units in 2015. In 2018, the company will produce a third model series for the first time, an SUV which will be made alongside the Huracán and Aventador at Sant’Agata Bolognese, Italy.

Prior to his work with Lamborghini, Winkelmann was chairman of the board of management at Fiat Auto Austria, Switzerland and Germany.

Hollerweger became head of Quattro in 2014, leading the expansion of the RS portfolio and the development of the new Audi R8; in 2015, sales increased by 13% to exceed 17,000.

Hollerweger joined the company in 1977, working in acoustics at the Ingolstadt plant. Twelve years later, he became head of acoustics at Audi Neckarsulm, but after three years returned to Ingolstadt as head of vehicle inspections. From 1997 to 2005, Hollerweger was responsible for vehicle physics; later, he was in charge of overall vehicle development, overseeing the maturation of more than 70 models.

“Heinz Hollerweger has been one of the catalysts for Audi’s path into electric mobility,” stated Stefan Knirsch, board of management member for Technical Development at Audi. “He also contributed decisively to the success and expansion of Quattro.”