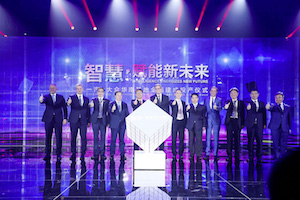 China - The OEM has said that it will double the capacity of its Foshan plant from 300,000 units a year to 600,000. This will allow it to take advantage the world's largest electrified vehicle market.

"Through this mega-factory at the South China base of FAW-Volkswagen, we are fulfilling our promise to electrify China," commented Jochem Heizmann, member of the board of management of VW and president and CEO of VW Group China. "Foshan is an important milestone on the way to becoming a people-centric provider of sustainable mobility."

Production of the VW T-Roc started at Foshan in April this year - becoming the first SUV in the VW portfolio to be made by FAW-Volkswagen. The Audi Q2L, the long-wheelbase variant of the Audi Q2 SUV, is also made at the plant.

The company intends to start producing electrified variants of the models based on its MQB platform at the Foshan plant in the near future. It has also revealed plans to ready the facility for the introduction of models using its MEB architecture and MEB battery systems by 2020. These will play a key role as VW aims to release 40 new locally-produced new energy vehicles (NEVs) in the next eight years.