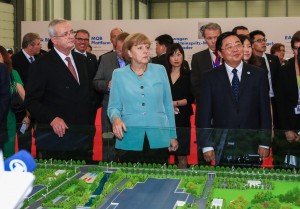 China – Volkswagen Group China has announced that it will build two new vehicle plants in the country.

"China has become our largest and most important market. To satisfy the demands of our customers in the country, we are engaging in a further substantial expansion of our capacities in China together with our Chinese partner FAW Volkswagen," said Martin Winterkorn, chairman of the board of management of Volkswagen Aktiengesellschaft.

The two new vehicle plants are to be built step-by-step on the East coast of China in the cities of Qingdao in Shandong Province and Tianjin. The key site factors were high qualification levels and the infrastructure available. Tianjin is also the location of a new production plant for dual-clutch gearboxes (DSG) for Volkswagen in China that is due to be inaugurated at the end of 2014.

Together, the two partners are to invest about €2 billion in the expansion of production capacities.