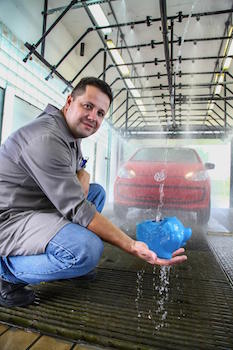 Germany – The OEM says that production at its global facilities for vehicles and components is now a quarter more environmentally friendly as a result of its ‘Think Blue. Factory’ programme. Volkswagen (VW) claims this target has been achieved three years earlier than planned.

“Investments in environmental technologies protect precious resources and avoid emissions, benefitting everyone. They also make economic sense. Since 2010, we have saved far more than €100m [$110.6m],” commented Peter Bosch, head of Optimisation Strategy, Processes, Structures, at VW. “Over the next few years, we will make further substantial progress.”

VW plants exchange information on sustainability measures, such as water recycling and the installation of light-emitting diodes, and roll out best practices from location to another. To date, 2,500 of the 5,000 measures developed have now been implemented.

Initiatives range from small innovations to major projects; an example of the former is the use of residual heat for tempering crankshafts at the Salzgitter plant, Germany; the latter include the harnessing of geothermal energy at Emden, also Germany, and the operation of an advanced plastics paintshop at Waitsburg, Washington.