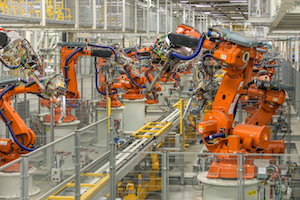 The Netherlands – The factory at Born will share production with BMW Regensburg, Germany, from August 2017. The X1 will be the fourth BMW Group model to roll off the VDL Nedcar lines and will be delivered to global markets.

BMW said that strong worldwide demand for the X1 required extra capacity to supplement production at Regensburg, which has been making the second generation of this model since July 2015. The German plant, which builds seven other models on a single line, will still be responsible for the bulk of production.

Regensburg and VDL Nedcar have been partners for about two years. The contract manufacturer started making Mini's three-door model in early 2014, sharing production with BMW Oxford, then added the Mini Convertible, which is exclusive to the Born plant. From November 2016, VDL Nedcar also began exclusive production of the new Mini Countryman. In March this year, the company will start to make the new Mini Cooper SE Countryman All4, the first plug-in hybrid from Mini, and the Mini John Cooper Works Countryman.