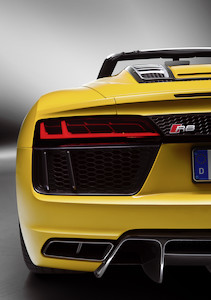 The composites industry’s flagship event, JEC World, was bigger than ever this year. The number of exhibitors showing off their automotive expertise at this month’s show and conference in Paris was particularly striking. The use of glass-fibre-reinforced composites is established for the production of non-structural internal and external parts for mass-market vehicles. The ultimate goal, however, is to use composites reinforced with carbon fibres for structural and semi-structural applications. These stiff and lightweight materials could be a key weapon in the fight by OEMs to reduce the weight of their vehicles.

For the composites industry, the use of carbon fibres in mass-market vehicles could be revolutionary. According to Future Materials Group (FMG), if mass-market carmakers were to adopt just 1kg of the material on average for each of their cars, the automotive carbon fibre market would explode from $250m today to $6 billion within 20 years. However, significant hurdles exist. One is price; steel costs under $1.10/kg, carbon composites around $22.20/kg.

Furthermore, the composites industry needs to adapt to the requirements of an industry used to dealing with standardised metals. For example, Gérard Liraut, expert leader on polymers at Renault, says: “When I speak to the raw material suppliers, and when I ask them to provide me with some fatigue loads or crash behaviour or some static behaviour, I am told that ‘we need to carry out some experiments’. That’s not the answer I want to hear. I want to have all of that data.”

Conversely, the OEMs’ awareness of what can be done with composites needs to improve. As the manager of innovation at one luxury carmaker puts it: “I’m one composites guy among 3,500 metal bashers. There needs to be a cultural change.”

With the likes of BMW’s 7 Series and Audi’s R8 Spyder prominent on the showfloor, the German OEMs are leading the way in incorporating carbon fibre into their vehicles. Indeed, the approach taken by the supply chain for the production of the bonnet of BMW’s M4 GTS is illustrative of how these problems can be overcome.

The 8kg part – developed by fabricator C-CON, metals specialist Läpple AG and Solvay (formerly Cytec) – went from design to production in under 12 months. To produce the bonnet, a double diaphragm forming process – similar to that demonstrated recently by Solvay at its application centre in the UK – is used to consolidate a filament-wound prepreg blank. The process can take around five minutes and, crucially, can be carried out using Läpple’s existing metal forming machinery, limiting the capital investment it needs to make in equipment for the production of composite parts.

Solvay’s global automotive director, Alex Aucken, stresses the importance of communication throughout the supply chain in making the production of this part possible and says that while production volumes for the M4 GTS will be low, the process could be viable for the manufacture of 50,000 bonnets a year. That this number corresponds roughly with the production volume of the 7 Series could be a coincidence, or it could be by design.