Tariffs: controversy reigns with Trump and Brexit adding to confusion 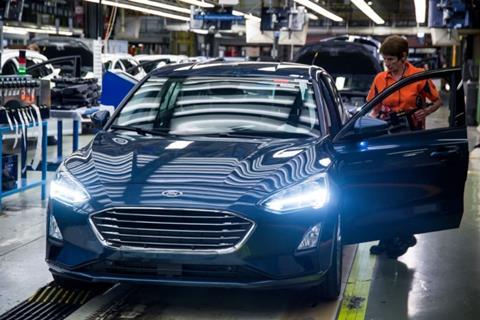 In President Trump somewhat simplistic analysis, trade wars fought through the medium of tariffs are easy to win. Angered, apparently, by seeing too many Mercedes and BMWs on Fifth Avenue, Trump has threatened to invoke section 232 of the 1962 US Trade Expansion Act, raising tariffs from their current 2.5% to protect domestic industry. This could see an additional a 25% tax on car imports from the EU (this has already been levied on Chinese imports). This would not happen if the EU reduced or cut entirely its existing 10% tariff on US-made vehicles.

Talks between the US and EU have managed to avoid additional tariffs coming into play, they may yet be implemented. Meanwhile, the EU and Japan have agreed a free trade deal under which tariffs on Japanese imports will steadily reduce to zero. This, in part at least, contributed to Honda’s decision to close its UK plant, and to Nissan’s decision to cancel plans to make the X-Trail in the UK. And with an ironic sense of timing, the UK government has announced plans to levy a 10% import duty on all car imports if the UK leaves the EU without a deal.

Many commentators see tariffs as a blunt tool in trade negotiations and in the automotive industry it is not clear that their use necessarily achieves intended aims, especially protecting local vehicle manufacturing. The UK’s best-selling cars are all imported and tariffs on the Ford Fiesta and Focus for example would simply raise prices for UK consumers and hardly protect UK production: there are no UK producers of competitors to Fiesta, while locally-made Focus competitors (Corolla or Astra for example) are largely exported rather than sold here.

Back in the US, the impact of tariffs on Chinese-made vehicles has already been seen, albeit modestly: Volvo has switched production of the XC60 for the US from China to Sweden, while the Chinese company Guangzhou has dropped plans to sell its ironically named Trumpchi SUV in the US.

President Trump has used the threat of tariffs to get the EU to cut its 10% tariff because he believes US manufacturers would do better selling in the EU without this tariff. However, the most likely US beneficiaries of removing the 10% tariff would be Us operations of the German brands rather than domestic US car companies. BMW already makes most its X-range SUVs models in the US and these would clearly be more competitive in Europe without the 10% tariff, as would the US-made Mercedes GLE and GLS. In practice, Jeep apart, few American brands’ cars sell in significant volumes in the EU; the best-selling American brand model, the Jeep Renegade, is even made in Italy. And what will Jeep do in the coming years? Import more cars from the US in the hope or expectation that tariffs are reduced? No, it will make the Compass and a sub-Renegade model in Italy instead.

So are tariffs the future or the past, or indeed very relevant? Certainly, they have been in the news recently. But to see them as a means of protecting automotive manufacturing is questionable; car companies have proved remarkably adept at coping with tariffs, whether by moving production when scale economies (eg German brands concentrating SUV production in the US) justify it, or simply not selling certain models when threatened by tariffs; and if the UK imposed tariffs on EU imports post Brexit we could well see some models dropped from sale in the UK, reducing consumer choice. Is that what UK politicians want?