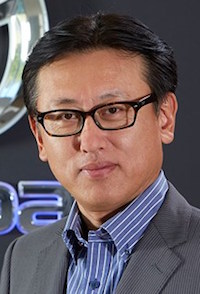 Tanaka first joined Mazda in 1984 after completing an engineering degree at Yamaguchi University. He was initially involved in assorted roles related to crash safety and has since gained more than 30 years’ experience at the company, serving in various vehicle development posts. Mazda Motor Europe President & CEO Jeff Guyton said: “Mr. Tanaka brings a wealth of expertise that we will certainly benefit from here in Europe.”

Tanaka succeeds Kenichiro Saruwatari who served as VP since early 2014 but has returned to Japan to take up the role of deputy general manager in Mazda’s product division.