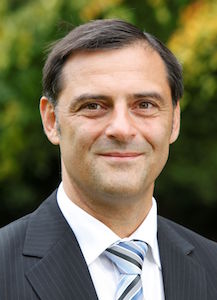 Germany – With immediate effect, Michael Steiner succeeds Wolfgang Hatz as member of the executive board with responsibility for R&D. Hatz, who took the position in February 2011, is leaving the company at his own request.

The statement from Porsche noted that Hatz went on temporary leave “as a precaution”, following the revelation of emissions discrepancies in Volkswagen vehicles last September, and that “enquiries have shown no evidence of any co-responsibility by Hatz so far”. The OEM stated: “Nevertheless, he has decided to leave Porsche AG due to the ongoing internal investigations and his resulting prolonged leave of absence.”

Hatz’s tenure included the development of the Porsche model range, the introduction of the 918 Spyder supercar, re-entry into top-level motorsport and the emergence of the Mission E concept car.

Steiner has held senior positions at the Porsche Development Center in Weissach over the past 14 years: head of innovation and concepts, from 2002; head of the newly established Panamera series, from 2005; and most recently, from 2011, vice-president of complete vehicle engineering/quality management. Previously, he served Daimler for seven years in Stuttgart, Germany.