Staying in the loop 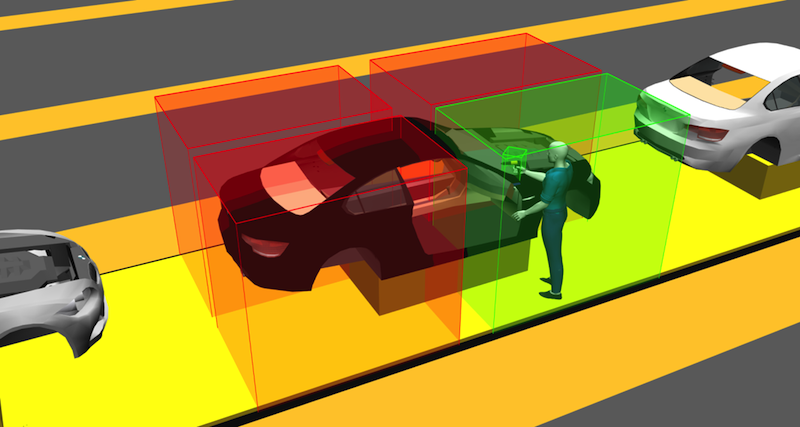 “There are all sorts of digital data sources on a factory shopfloor, but there is often something missing – a location context.” So says Adrian Jennings, CTO at UK-based Ubisense, who has responsibility for real-time location intelligence solutions in the Americas. The company aims to provide its customers with the ‘missing link’ in manufacturing via its Smart Factory concept – a system which is already in use at several major vehicle-makers.

As Jennings explains, in the context of an automotive assembly line this would mean that data collection for a tool such as a torque wrench would comprise not only the number of operations it carries out, but also the precise location of those operations on specific vehicle assemblies. It would be a case not just of ‘what’, but also ‘where’ and ‘when’. “Lots of disparate data have to become the basis of a continuous flow of understanding,” states Jennings.

Some companies already have this capability, says Jennings, but many more do not. “There is a lot of variability,” he confirms. He gives the example of a company he can only describe as a “truck manufacturer” which operates a shopfloor data collection system that enables the recording of every operation to tighten nuts on axle assemblies, but nevertheless has “no idea which operation is carried out on which axle”. He concludes: “With no context, there is no quality control information.”

Providing a mix of sensors, hardware and software that can rectify such situations and facilitate a move from merely quantitative record-keeping to qualitative information management is the basis of Ubisense’s industrial business. But, Jennings also argues, once such a system is in place it opens up further possibilities that relate to the configuration of the line itself. When a system precisely links an action and the part on which it is carried out, then the location of the action actually has no implications for quality-related data management.

A typical line-balancing action involving the transfer of a particular operation from one station to another would become a simple task. Providing that the tooling is wireless, says Jennings, all that is necessary is a software instruction; this approach obviates any need for fixed, physical checkpoints: “the checkpoints are in [the] software”.

Another advantage, as Jennings notes, is that this capability operates in real time. Shopfloor personnel are thus freed up to work in a less constrained manner, because strict adherence to a preset sequence of operations and associated timings is no longer of such importance. “A few extra seconds does not matter,” states Jennings.

Coping with mass customisation
However, neither of these two capabilities – described by Jennings as “matching records to operations” or facilitating “real-time flex” – are the most significant aspect of the solution. Instead, the major challenge the software overcomes is the vast amount of variability that production lines must now accommodate in order to satisfy customer demand for individually specified products in a volume production environment – in other words, the concept of ‘mass customisation’.

The automotive industry is, of course, a prime example of this phenomenon. Jennings gives the hypothetical example of how an OEM might deal with the problem of offering customers minority options such as third-row seats in a vehicle. Would the manufacturer install a dedicated station on a production line that perhaps 90% of the vehicle assemblies would simply bypass, or would it find a way of “overlaying” the ability to satisfy the intermittent demand on the main line? The latter option is clearly the better solution. According to Jennings, “virtualising space” by disconnecting work from the need to carry it out at a specific location now makes this proposition realistic.

In the case of Ubisense, Jennings says that the hardware required to support such a system is fairly straightforward: the sensors and RFID tags are for the most part off-the-shelf products, though Ubisense does provide some location devices. He emphasises that the software content of the system is where its real power lies.

For the future, Jennings foresees a quite fundamental change in the use of the information such a system gathers; he believes the management of production environments will change from being reactive to proactive – “predictive” is his own term. For instance, it should be feasible for shopfloor systems to detect when the performance of an operator – whether measured by time or another parameter – is starting to drift towards pre-defined limits. A supervisor could then intervene to pre-empt the breaching of those limits.

The same principle should also become applicable at a macroscopic level. Jennings says the aim is to enable system users to answer the question of what specific task should be addressed next in order to optimise the overall efficiency of the production operations. In a car plant, that might mean deciding which vehicle assembly should start off down the line based on the availability of resources. It is a question, he notes, that is still often only asked “in people’s heads, if it is asked at all”. Neither capability yet exists, but Jennings says Ubisense is “working on it”.

An integrated Factory Framework
A similar emphasis on the value of real-time as opposed to retrospective information is made by Andrew Steele, UK managing director of German-owned Forcam, supplier of the Factory Framework manufacturing execution system (MES). The term ‘MES’ can mean different things to different people, but in the case of Forcam it essentially describes software that can integrate a number of other discrete software application packages ranging from those for strategic enterprise resource planning (ERP), through product data management (PDM) down to the monitoring of individual pieces of shopfloor equipment.

It is the linking of ERP and shopfloor systems that Steele says is particularly significant. It is often the case today, he explains, that companies operating even the most sophisticated and expensive ERP systems fail to exploit their true potential because they cannot feed them with accurate, concurrent data on their shopfloor operations.

That level of communication is a fundamental requirement for achieving Industry 4.0 standards of integration – a term that has entered the industrial lexicon in the last few years and now enjoys official endorsement by the German government. At the most basic level, says Steele, this involves linking intelligent machines to gather real-time production data, with assets being more fully employed and material flows more efficiently managed. 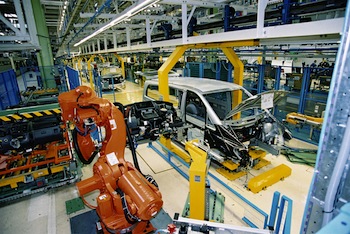 Daimler is one OEM user of Forcam's Factory Framework MES; the solution is also in place at tier one suppliers such as Bosch
The Forcam product is already firmly established in the automotive manufacturing arena. Users include not only major OEMs such as Audi and Daimler but also tier one suppliers such as Schaeffler Group, Bosch, Mahle and BorgWarner; Steele points out that suppliers at this level are now usually large multinational enterprises as much as are the vehicle assemblers who sit at the top of the supply chain.

That fact may well have been influential in the specification for the forthcoming Version 5 of Factory Framework, which is due for release in March 2015. Steele explains that a key attribute of the system will be its use of ‘in-memory processing’, which means that much of the data processing that was previously carried out by an on-site server will instead take place on the shopfloor at the machine that is being monitored. The effect will be to obviate the need to run servers at multiple sites in geographically dispersed operations; even global networks will need only one central server. All the data relating to an organisation’s shopfloor operations will be collated, analysed and monitored at a single point, in real time.

Steele observes that, for the automotive industry, this capability would facilitate global benchmarking and target-setting of overall equipment efficiency (OEE) – one of the foremost key performance indicators (KPIs).

Companies supplying the automotive industry with shopfloor software clearly already have a good grasp of the capabilities their products need to facilitate: data collection and its integration into wider systems in ways that support intensive, concurrent analysis to enable rapid enhancement of production operations. Perhaps in future these solutions will even be pre-emptive.