Spindler given the keys to Audi Toolmaking 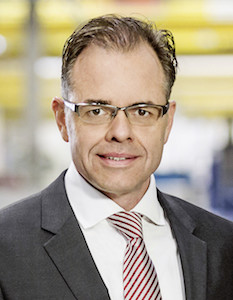 Germany – Since the start of the month, Jörg Spindler has headed up the Toolmaking division at the brand. In total, he is responsible for this function at Ingolstadt and Neckarsulm, Germany; Győr, Hungary; Audi Tooling Barcelona (ATB) at Martorell, Spain; and Audi Tooling China (ATC) in Beijing.

Spindler began his career in Car Body Production Planning at Audi Ingolstadt in 1995. He took on various tasks in production planning in the Attached Parts / Structure Planning Press Shop at Ingolstadt and in Operation Management at Neckarsulm. He was promoted to his first management position as head of Project Management Equipment Construction at Neckarsulm in 2001.

In 2005, Spindler moved to Volkswagen Slovakia to take responsibility for managing Audi Q7 body assembly. The following year, he returned to Neckarsulm to resume control of Project Management Equipment Construction. In 2006, he also became a project manager for the Porsche Panamera within the Audi Toolmaking division.

Two years later, Spindler became head of Toolmaking for Equipment / Devices at Neckarsulm. In 2010, he was promoted to site coordinator for, and head of, Neckarsulm Toolmaking.

As head of Toolmaking at Audi, he is now also in charge of the Equipment and Metal Forming competence centre, leading the coordination of Toolmaking and press shop activities.