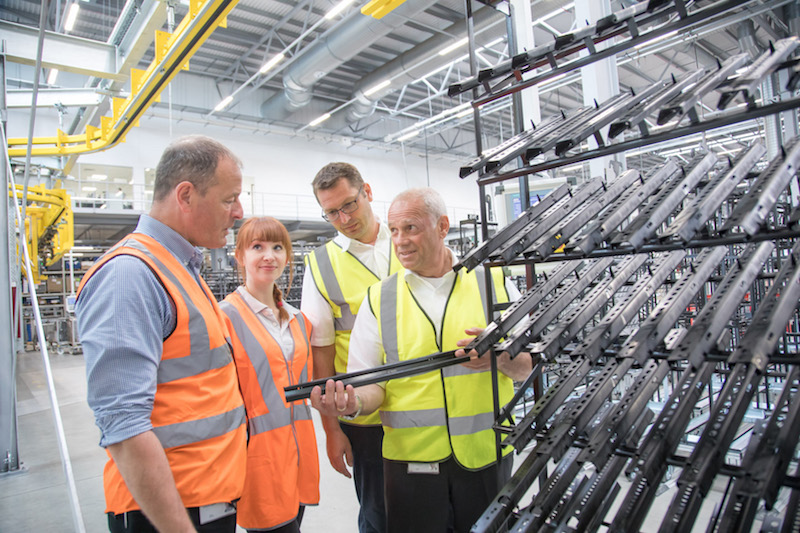 "This is a massive show of faith and confirms the Group’s intention of giving us the technology and capability we need to take on and successfully deliver higher volumes for our local customers,” said Juergen Zahl, managing director of Brose UK, speaking at the launch of the company’s new paintshop in Coventry, UK. The £10m ($13.2m) facility, a 2,200 sq.m extension to its seat structures factory, opened in October 2017 and has enabled Brose to bring paint processes in-house, making savings in time and logistical costs as well as enhancing scheduling and production control. The company now has the capacity to paint more than 3.5m seat structures per year for UK customers.

Brose initially set up business in the UK in 1989 when it acquired an existing automotive supplier at Foleshill, Coventry, which became its first non-German site. The company then moved to larger, purpose-built premises at Exhall, Coventry, in 1992 in order to increase capacity. This site, Plant 1, handles seat structures while Plant 2, in the city, makes window regulators. The addition of the paintshop created 30 new jobs across production, maintenance and paint technology, bringing the Coventry workforce to nearly 1,000 in total.

At the paintshop launch, Steve Bartholomew, technical director at Brose UK, noted: “We have grown significantly over the last five years and have now reached a position where an in-house paint plant improves competitiveness.” 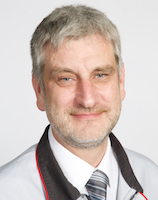 "One of our key targets is an improvement in waste and power. We’ve not just switched it all on [and] said ‘that’s all great’ – it’s something we are absolutely monitoring” – Steve Bartholomew, Brose UK

Speaking exclusively to Automotive Manufacturing Solutions, Bartholomew describes the in-house painting operation as making “a massive difference in how we run our business”. “Prior to the paint plant, our process was to weld product, which we then had to load into containers to send out to a paint plant, so that’s a fairly big logistics task,” he explains. “It has to go out, you have to wait for it to go through an external painter’s process, then it has to be reloaded onto a lorry and back in. Then we have to store it, move it and take it to assembly.” The entire cycle has been reduced from three days to around eight hours, while the paint process itself has been cut from ten or 12 hours to between two and four.

In addition to the faster turnaround, Brose and its clients now benefit from greater flexibility, which Bartholomew points out is “a big demand” in an industry where OEMs frequently change the variants they require. Moreover, with in-house capability, the business can keep less stock onsite. “That makes it lean, which is a constant demand from the automotive sector to be more competitive,” he states.

An electrifying processThe new facility uses e-coat technology, which is widely used in automotive paintshops. It is essentially fully automated, with personnel only needing to load and unload racks of parts. “We have a conveyor system that runs throughout the whole process, so once parts have been welded they are loaded onto a rack, which is then transported to the paint line loading and unloading area,” explains Bartholomew. “Each of these racks is then hooked onto the conveyor system and goes into the paint facility, where we clean the product – any residue from pressing – we then anodise it and dip it through the paint tank.”

The paint is applied by electrical current, with the paint negatively charged so that it is attracted to the positively charged component; almost no paint is lost using this technique. While the main function of the coating is aesthetic, since it does not need to withstand the same harsh conditions as a vehicle exterior – such as rain, snow and salt – the layer must still be uniform, and Brose controls its thickness down to the micron level. The primary aim is to ensure that no bare metal is exposed when the seat is installed in the vehicle, even when moved forward and backward. Another difference from exterior painting is the lack of colour changes, simplifying the process somewhat; black satisfies all needs.

Bartholomew continues: “Once it’s been dipped, the part comes out of the paint tank then goes into an oven, where it is heated [to 160oC] and the paint is baked on. The loop then continues, where it is given time to cool, then it’s dispatched back to where it came from and the whole rack is unloaded and moved to the next part of the process, which is assembly.”

While the e-coating itself is standard, Bartholomew says it is the management of the process that places Brose’s new facility among the most advanced paintshops in the industry. “It’s the way you control the waste; you want the process to create the least amount in the first place, then control how you dispose of it [and control] the resources you use in terms of electricity and gas for heating the oven. Those are really the advancements that have been made.”

Converting theory to realityBrose’s new paintshop is only just in the process of completing ramp-up and starting to run at full capacity, so although the company has what Bartholomew calls “theoretical numbers” for the environmental criteria, it will be necessary to check them against actual performance before confirming the improvements. In particular, different environmental conditions over the changing seasons – affecting ambient temperature and therefore the baking process, for example – mean that a longer-term perspective is more sensible.

The seat structures are transported by overhead conveyor

“We don’t have any data as yet, but one of our key targets of the advancements in the plant is an improvement in waste and power, ” says Bartholomew. “We’ve not just switched it all on, said‚ ‘that’s all great’, and it will be what it will be – it’s something we are absolutely monitoring.”

The first components going through the new paintshop are for Jaguar Land Rover, which has factories in the region and has contracted Brose to provide seat structures for four of its models. According to Bartholomew, ramp-up has been structured to minimise the risk both to the OEM and to Brose, in line with available resources. “We took a decision to phase the introduction, so we went from 25% capacity to 50%, to where we are now, which is about 75-80% on the basis that we put through up to 85 racks per hour.” Within 12 months of operation, the company expects to coat 2m seat structures for the first time in its UK history, pushing it towards the 3.5m capacity.

Over the past 12 months, Brose UK has already seen a 23% increase in sales to £195m, having won contracts for seats with JLR and window regulators with Nissan and Toyota. The company surely hopes to win further business off the back of its newly installed paintshop; Zahl implied as much at the investment announcement in December 2016: “Having the paintshop in-house means we control our own destiny and can have a much more joined-up approach to assembly. The seat structures are also coated to such a high standard that they would be accepted by all of the major car manufacturers in the world.”