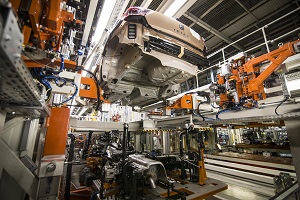 Spain – The vehicle-maker stated that by the end of last year it had seen an improvement of 33.6% across five key indicators of environmental performance – energy and water consumption, waste, volatile organic compounds and CO2 – and therefore reached its target of 25% by 2018 two years early. Seat is now aiming to halve its environmental footprint by 2025.

“In 2016 we invested close to €23m ($25.9m) to improve our environmental performance,” said Andreas Tostmann, vice-president of Seat. “It is a great satisfaction to be able to claim today that we have already reached the goal we set for ourselves for 2018 and that we have an ambitious target for 2025.”

Seat's environmental progress has been achieved through the implementation of its Ecomotive Factory plan which encompasses a range of strategies to maximise resources and minimise emissions in production. The plan was implemented in 2011 and since then CO2 emissions have dropped by 66.2% thanks to heat recovery, efficient air conditioning and thermal insulation, plus green energy. Waste has been cut by 41.4% and volatile organic compounds by 16.2% due to the selective sorting of packaging as well as the substitution of solvents and waxes. Energy and water consumption have been reduced by 21.7% and 22.5% respectively by lowering the temperature of production processes and installing new filters in the water test.

Green energy projects include Seat al Sol, which in 2013 allegedly created the largest solar power plant in the automotive industry, at 276,000 sq.m. The Martorell plant boasts nearly 53,000 solar panels and has prevented the emission of 8,300 tonnes of CO2 per year. Furthermore, a combination of walkable tiles generating 0.1kWh/day and solar tiles are used to light the East 1 and East 2 access bridges.

Seat says the Ecomotive Factory plan has reduced its energy consumption per vehicle by around 20% compared with the 2010 level. The OEM now claims to use 50% less energy and 23% less water and emit 65% less CO2 than the sector average in Europe.